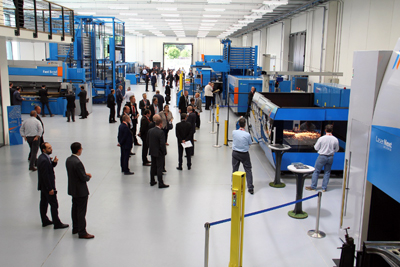 Tech Center: 20% of the workforce is dedicated to R&D activities.

The plant was commissioned by the Seinäjoen Yrityskiinteistöt (a company owned by the City of Seinäjoki) and built by Lujatalo Oy for a total investment of around € 20m.

The new location was officially opened on March 21st by the Speaker of the Finnish Parliament Paula Risikko, Mayor of Seinäjoki Jorma Rasinmäki, the Italian Ambassador Gabriele Altana, and various other dignitaries. 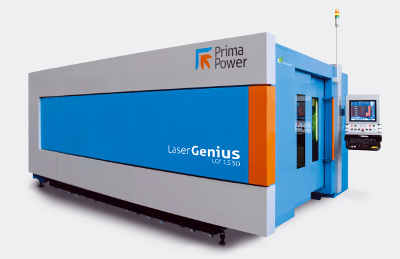 Managing Director of Finn-Power Oy Juha Mäkitalo, announced, “It is a rare opportunity for a company to build a completely new factory. For Finn-Power this opening also marks our celebration of our 50 year-anniversary.

“Prima Power is a world-class supplier in the high-tech field of laser and sheet metal working machinery. The product portfolio is one of the most complete in the industry and includes LaserGenius 2D and 3D laser machines for cutting, welding and drilling, punching machines, and flexible manufacturing systems.”

The Seinäjoki plant manufactures all Prima Power laser-cutting, punching and automation equipment as well as systems for the global market. At least 450 machines and automation systems are intended to be produced by the Finnish factory annually. In this plant, 400 people are employed. Finn-Power Oy is strongly focused on innovation; 20% of the workforce is dedicated to R&D activities. 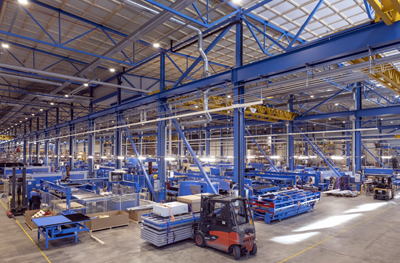 Prima Industrie Group places special attention to the energy efficiency of its sites. The new Headquarters & Technology Center in Torino, Italy, was built in 2016 with “green” materials and is self-sufficient in terms of energy, also thanks to photovoltaic and solar panels, a geothermal system, and a home automation system to reduce waste.

Similarly, the new Finnish production plant in Seinäjoki was built on this model. This facility was built using innovative "green" technologies and is equipped with an efficient heat recovery system, low-energy windows and solar panels. The part of the building hosting the offices was designed with a “horse shoe” shape, in order to allow as much natural light as possible.

Finn-Power Oy has been owned by the Prima Industrie Group since 2008 and is part of its Prima Power Machinery Division. The Group has more than 1,800 employees around the world, over 13,000 installed machines in 80 countries and eight manufacturing facilities in Europe, China, and the U.S.. In 2018 the Group reported another record year, with revenues up by 3.9% to €467m. The revenues of Finn-Power Oy in 2018 were €161.4m.

PrimaPower’s Laser Genius system is designed to meet the most challenging manugfacturing expectations. The company states, “It combines Platino’s flexibility with excellent dynamic performance and high levels of efficiency and accuracy, thanks to the innovative use of materials such as carbon fiber and synthetic granite.”