High-precision photometer on board will search for “Earthlike” exoplanets; successfully sent into orbit after delayed launch. 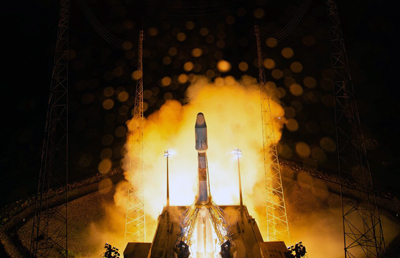 After a day's delay, ESA’s Cheops mission lifted off on a Soyuz-Fregat launcher from Europe’s Spaceport in Kourou, French Guiana, at 09:54:20 CET yesterday (18 December) on its mission to characterise planets orbiting stars other than the Sun. The launch had been planned for 17 December but some faulty equipment that caused an anomaly in the automated launch sequence needed to be replaced.

Signals from the spacecraft, received at the mission control centre based at INTA in Torrejón de Ardoz near Madrid, Spain, via the Troll ground tracking station at 12:43 CET on Wednesday confirmed that the launch had been successful.

Cheops, the Characterising Exoplanet Satellite, is a partnership between ESA and Switzerland, with important contribution from 10 other ESA Member States. ESA’s first mission dedicated to extrasolar planets, or exoplanets, it will investigate known planets beyond our Solar System and provide key insight into the nature of these distant, alien worlds.

Scientists had long speculated about the existence of exoplanets until the discovery of 51 Pegasi b, the first planet found around a Sun-like star, which was announced in 1995. The discoverers, Didier Queloz and Michel Mayor, shared the 2019 Nobel Prize in Physics for their breakthrough finding, which marked the beginning of a new era of investigation and turned exoplanet research into one of the fastest growing areas of astronomy.

Over the past quarter of a century, astronomers using telescopes on Earth and in space have discovered more than 4000 exoplanets around stars near and far, most of which have no counterparts in our Solar System. This widely diverse assortment extends from gassy worlds larger than Jupiter to smaller, rocky planets covered in lava, with the most abundant exoplanet type found in the size range between Earth and Neptune. 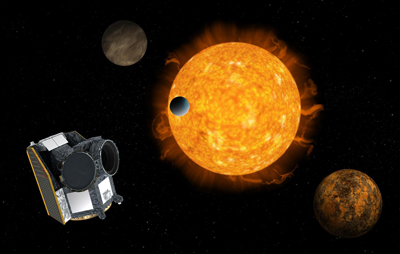 Günther Hasinger, ESA Director of Science, commented, “After the discovery of thousands of planets, the quest can now turn to characterisation, investigating the physical and chemical properties of exoplanets and getting to know what they are made of and how they formed. Cheops will also pave the way for our future exoplanet missions, from the international James Webb Telescope to ESA’s own Plato and Ariel satellites.”

Cheops will not focus on the search for new planets. Instead, it will follow-up on hundreds of known planets that have been discovered through other methods. The mission will observe these planets exactly as they transit in front of their parent star and block a fraction of its light, to measure their sizes with unprecedented precision and accuracy.

Cheops measurements of exoplanet sizes will be combined with existing information on their masses to derive the planet density. This is a key quantity to study the internal structure and composition of planets and determine whether they are gaseous like Jupiter or rocky like Earth, whether they are enshrouded in an atmosphere or covered in oceans.

Kate Isaak, ESA Cheops project scientist, commented, “There are so many interesting exoplanets and we will be following up on several hundreds of them, focusing in particular on the smaller planets in the size range between Earth and Neptune.

“They seem to be the commonly found planets in our Milky Way galaxy, yet we do not know much about them. Cheops will help us reveal the mysteries of these fascinating worlds, and take us one step closer to answering one of the most profound questions we humans ponder: are we alone in the Universe?” 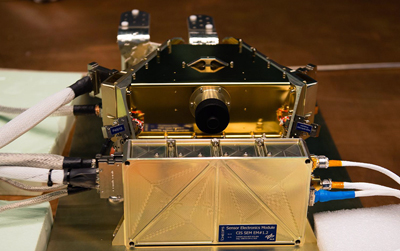 For certain planets, Cheops will be able to reveal details about their atmosphere including the presence of clouds and possibly even hints of the cloud composition. The mission also has the capability to discover previously unknown planets by measuring tiny variations in the timing of the transit of a known planet, and can also be used to search for moons or rings around some planets.

“Both Cheops instrument and spacecraft are built to be extremely stable, so as to measure the incredibly small variations in the light of distant stars as their planets transit in front of them,” commentedNicola Rando, ESA Cheops project manager.

“For a planet like Earth, this amounts to the equivalent of watching the Sun from a distant star and measuring its light dim by a tiny fraction of a percent. Now we are looking forward to the first part of the operational activities, making sure that the satellite and instrument perform as expected, ready for scientists to perform their world-class science.”

The CHEOPS payload comprises a single instrument – an on-axis Ritchey-Chretien telescope with a 300mm diameter clear aperture which feeds a single, broad-band focal plane that is sensitive to light of wavelengths between 350 nm and 1100 nm. The instrument is composed of 4 main units: 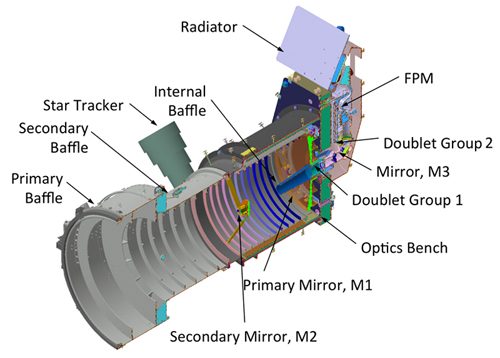 CHEOPS' optics are designed for maximum compactness and straylight rejection.

The optics assembly of CHEOPS has been designed for maximum compactness and straylight rejection. A Back End Optics is used to reimage the focal plane of the Ritchey Chretian telescope on the CCD, and to provide an intermediate pupil at which a pupil mask is placed in order to reject straylight.

ESA is the Cheops mission architect, responsible for procurement and testing of the satellite, launch, the launch and early operations phase, in-orbit commissioning, as well as the Guest Observers’ Programme.

The prime contractor for the design and construction of the spacecraft is Airbus Defence and Space in Spain. The consortium of 11 ESA Member States led by Switzerland provided essential elements of the mission.