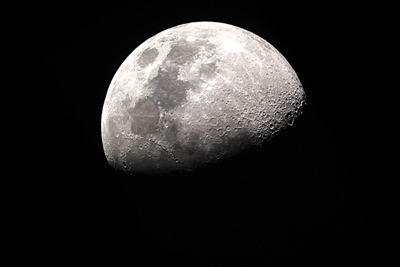 An extended-range infrared detector from French company Lynred is at the heart of the latest space mission to visit the Moon.

Launched at the second attempt by the Indian Space Research Organization (ISRO) on July 22, the Chandrayaan-2 spacecraft will first orbit the Moon, using an infrared imaging spectrometer to look for the molecular signatures of water and various minerals under the lunar surface - before a lander craft featuring several instruments touches down to further explore the lunar landscape later this year.

Formerly known as Sofardir and Les Ulis before a re-branding exercise earlier this year, Lynred has provided its “Neptune” sensor for the Chandrayaan-2 mission. A similar detector from the Grenoble company flew on board the “HYSIS” hyperspectral imaging satellite last year.

Polar probe
Once it arrives in orbit around the Moon, the Chandrayaan-2 instruments will get to work exploring the areas around the satellite’s south pole, in a mission that is expected to last for around a year.

Because the Neptune sensor’s response extends to 5.3 µm, the infrared imaging spectrometer will be able to conduct a more in-depth chemical analysis of the Moon, detecting water molecules and hydroxyl radicals.

Philippe Chorier, head of business development for space activity at Lynred, said in a company release that it was “wonderful” to participate in exploring new territory on the Moon. “This is the second time that ISRO has selected a Lynred infrared detector for a space launch, which further strengthens our more than ten-year partnership,” he added. “We look forward to designing other IR products for future ISRO instruments.”

At a weight of nearly four tonnes, the Chandrayaan-2 payload features 11 instruments in all. Five are on board the orbiter, while the other six are on a lander that will separate from the main craft in September.

Other photonics equipment on board the orbiter includes a terrain mapping camera to make three-dimensional maps, and a high-resolution camera that will produce images of the landing site over the course of two orbits, to a resolution of just 32 centimeters.

LIBS analysis
The “Pragyaan” lander craft payload includes a laser-induced breakdown spectroscopy (LIBS) instrument that will be used to identify and quantify concentrations of chemical elements at the landing site, providing an insight into the types of minerals that make up the lunar landscape.

LIBS was also used by the Mars Curiosity rover vehicle’s “ChemCam” instrument. Based around a high-power, diode-pumped laser built by Thales, it was the first of the rover instruments to show the presence of water on Mars.

Other equipment used by Chandrayaan-2 will include an X-ray spectrometer to map the main features of the Moon’s surface, a synthetic aperture radar (SAR) operating in the L and S bands to analyze its top layers and also search for signs of water, and a mass spectrometer to perform a detailed study of the moon’s exosphere.

The presence of water on the Moon was confirmed during the ISRO’s earlier Chandrayaan-1 mission ten years ago, although with the new infrared imaging capability on the latest mission, far more detailed observations should be possible. Lynred delivered the Neptune detector to ISRO back in November 2017.