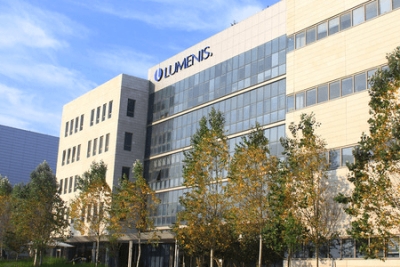 Lumenis, one of the world’s largest providers of medical and aesthetic laser systems, is being sold by one private equity owner to another.

Hong Kong's XIO Group, which acquired the Yokneam, Israel, company for just over $510 million back in October 2015, has agreed to sell the firm to Baring Private Equity Asia (BPEA) for an enterprise value said to be in excess of $1 billion.

Assuming that the deal clears a number of regulatory approval processes, it should be completed in early 2020.

Market leader
Lumenis, which sells radio-frequency equipment as well as laser systems used in ophthamology, urology, and gynecology applications, now employs around 1500 people and has operations in 100 countries. In 2015, its annual sales were in the region of $300 million.

BPEA's managing director Yan Jiao commented: "Lumenis has built a market-leading position by creating some of the most innovative technologies in the industry.

"It is a clear leader worldwide, especially in Asia - which recently emerged as the largest market for medical and aesthetic treatments. We look forward to working with the CEO [Tzipi Ozer-Armon] and management team to support their global growth aspirations."

Ozer-Armon, who since joining the firm in 2012 has overseen its listing on the Nasdaq stock exchange and remained in charge throughout the subsequent changes in ownership, added:

"BPEA's investment is a tremendous vote of confidence in Lumenis and in the achievements of our entire global organization. In recent years, we have developed and introduced multiple groundbreaking technological solutions that have redefined our industry and opened entirely new market segments.”

'Moses' effect for urology
Recent technological developments at Lumenis have included integrating CO2 lasers with surgical robots for a variety of gynecological procedures, including endometriosis - seen as an important new application area.

The company also claims that its “Moses” system, which is based around a holmium laser source producing 120 W with 6 J pulses, has demonstrated advantages over rival approaches in recent clinical studies treating the common urological condition benign prostate hyperplasia (BPH) - where the prostate becomes enlarged.

Established in 1997 by management consultant Jean-Eric Salata, BPEA says its portfolio of more than 30 companies generates sales of around $30 billion annually.

The diverse BPEA portfolio includes a variety of industrial and consumer goods companies, although Lumenis appears to be the first of its investments in the area of lasers or photonics technologies.