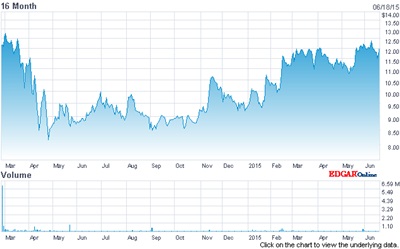 Lumenis, one of the world’s leading medical laser companies, is to be acquired by a Hong Kong-based private equity group for $510 million in cash.

The $14 per share price agreed by XIO Group and the Yokneam, Israel, firm represents an approximately 16 per cent premium on the Lumenis stock’s closing price on June 17.

Lumenis has only been listed on the Nasdaq exchange for just over a year, and last month its executives reported a swing to profit as sales of new products helped push quarterly revenues to $68.5 million.

CEO Tzipi Ozer-Armon said of the deal, which has already been given the green light by Lumenis’ two largest shareholders: "This acquisition is a strong recognition and vote of confidence in Lumenis' achievements and its employees, and I am excited about the future prospects of Lumenis."

She added: “Over the past three years we have managed to transform Lumenis into a strong, growing and profitable company. We have refocused our strategy, introduced new products, and tripled our EBITDA.

“Furthermore, we have created a very bright and promising future for Lumenis by building a robust pipeline of innovative products, a strong sales team in each region, and by enhancing our global brand recognition. I am confident that we will continue to thrive and reach new heights together with XIO Group.”

Nasdaq listing; debt restructuring key
Since its listing on the Nasdaq last year, Ozer-Armon has overseen the introduction of several new products, among them a higher-power holmium: YAG laser that she believes will have a major impact in a range of urological applications. The 2.1 µm source is also expected to find widespread use in prostate treatments.

But recently it has been aesthetic laser applications driving the company’s growth, with sector sales up 21 per cent year-on-year in the first quarter of 2015, when calculated on a constant-currency basis.

After an initial slump in value following the IPO, the stock has responded well, regaining most of the lost ground to close at $12.08 on June 17, equivalent to a market capitalization of $434.6 million.

September close expected
XIO Group describes itself as an “alternative investments firm”, and has offices in London and Shanghai as well as Hong Kong. Its partners include Athene Li, formerly an executive at Olympus Capital

Lumenis’ chairman Harel Beit-On, a partner at key shareholder Viola Group, said of the XIO deal: “Over the last years, we had an opportunity to lead Lumenis through a strategic transformation into a valuable growing business with global appeal. We respect and appreciate the efforts of Lumenis management and employees and wish the company continued success.”

That refers partly to the difficult financial situation the company found itself in after the global financial crisis, when it was weighed down by long-term debts in excess of $100 million. Since restructuring that debt and raising cash with the Nasdaq public offering, the Lumenis balance sheet has taken on a significantly more healthy appearance.

While both boards of directors and investors Viola and XT Hi-Tech Investments, which together own 59 per cent of Lumenis, have agreed to the cash acquisition, the deal remains subject to approval by other shareholders and certain regulatory approvals. It is expected to be completed in September this year.