New products and a listing on the Nasdaq indicate company's faith in future sales growth. 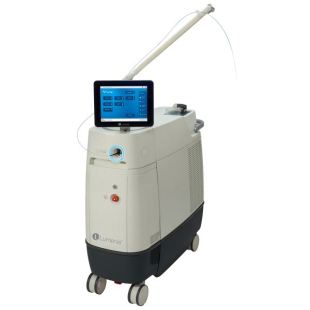 Lumenis, a developer of light-based minimally-invasive clinical solutions for the aesthetic, surgical and ophthalmology sectors, has released a new laser platform said by the company to be the most powerful and versatile laser-based surgery system for urology.

The introduction comes at the end of a busy period for the Israel-based company, which has seen it unveil a number of new and updated products, as well as undertake an Initial Public Offering (IPO) on the Nasdaq Global Select Market in New York.

According to the company, it is capable of delivering 120 W of laser power, 6 J laser energy and 80 Hz pulse frequency. The previously highest-power system in the Lumenis holmium laser family was rated at 100 W.

The new platform is intended for use in a number of urology procedures. Tzipi Ozer-Armon, Lumenis CEO, indicated that it would provide a significant improvement to the company's current solutions for treating ureter and kidney stones by enucleation and flexible ureteroscopy, in which a probe is passed through the urethra and the stones fragmented by laser action prior to removal.

She also said that it would allow Lumenis to address two important additional procedures, vaporization and percutaneous nephrolithotomy (PCNL), where kidney stones are removed through a small puncture wound in the skin. Other treatments, including enucleation and vaporization of the prostate, should also benefit from the new platform.

In such urology procedures, high peak-power pulses help to reduce thermal effects and charring, and allow more controlled incision or ablation of the tissues. Laser energy absorbed by water in the stones also assists with their break-up and fragmentation.

“The introduction of the Pulse 120H is a major milestone for Lumenis," commented the CEO.

Anticipating strong demand
Lumenis has already made a number of product announcements during March and April 2014. They included the expansion of its family of LightSheer laser hair-reduction products by the introduction the Infinity and Desire systems. LightSheer employs a laser to remove hair through photothermolysis, and has previously employed a diode source operating at 800 nm. The new Infinity system features two wavelengths, 805 nm for all skin types, and 1060nm, said to be the optimal solution for tanned and dark skin types.

It also unveiled a new Q-Switched Nd:YAG module for the Lumenis M22 system, a modular multi-application platform for use in the treatment of more than 30 skin conditions as well as hair removal. The module features five spot sizes for use across a wide variety of applications and a top-hat, homogeneous beam profile, according to the product announcement.

The M22's enhanced capabilities are intended to address a growing need for new aesthetic skin procedures. Ozer-Armon stated that the skin-treatment category is currently the largest and fastest growing segment of the energy-based device market, and that the company was anticipating strong demand for new advances in skin rejuvenation.

Such prospects no doubt played a part in the company's recent IPO, which took place in February 2014. The offering consisted of 6.25 million shares priced at $12, raising the company $75 million, although Lumenis had previously indicated an expectation of generating around $100 million.