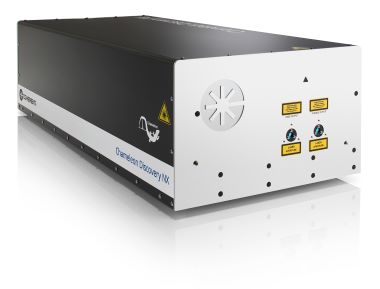 Laser maker Coherent has reported sales of $1.43 billion for its 2019 financial year - a 25 per cent drop on 2018, amid what CEO John Ambroseo described as "irrational" behavior from competitors selling fiber lasers.

Coupled with the impact of tariffs and weak demand in some key industry sectors, notably automotive manufacturers in Germany as they make the difficult transition to electric mobility, the knock-on effects saw the Californian firm's sales fall to $335 million for the quarter ending September 28.

And although other application sectors are performing better, the downward trend is set to continue. Ambroseo and his team are expecting sales of between $305 million and $325 million for the December quarter - compared with $381 million last year.

Innovation response
"The one word that best sums up our fourth fiscal quarter is 'mixed'," the CEO told an investor conference call discussing the latest results. Commenting on the materials processing sector specifically, Ambroseo added:

"It is tempting to project that we are at or approaching the bottom, but we are mindful that irrational behavior from foreign and domestic competitors could further upend the market."

While the company has already embarked on a cost-cutting mission by consolidating parts of the sprawling Rofin business acquired in 2016, Ambroseo told investors that this wasn't the only response.

"The best defense in these circumstances is innovation, which has long been a hallmark for Coherent," he said.

"We're taking the opportunity to enhance our product portfolio via research and development investments and to improve operational efficiency through our previously announced cost reduction programs."

While the Coherent team had long predicted that 2019 would represent a "down" year from the record-breaking figures posted in 2018, the extent of the downturn has been exacerbated by intense competition in fiber and diode lasers, along with tariffs imposed on goods shipped between China and the US. A year ago, the company's executives had penciled in a likely 10 per cent sales decline for fiscal 2019.

"[The tariff situation] is certainly having an impact," Ambroseo said in response to an analyst question. "It varies by product line. For certain products like the flat-panel display systems, [there is] no impact, because the channel is from Germany to China, so it circumvents the tariff issues. Products that are produced in the US face varying levels of tariff activity."

Bright spots
Detailing the more positive areas of business at the moment, the CEO highlighted solid bookings for semiconductor capital equipment applications, even though that market has been in decline throughout 2019.

"[Extreme ultraviolet lithography] (EUV) use grew year-over-year. And our Azure platform is used in patterned wafer inspection in the EUV process," Ambroseo pointed out.

Other bright spots include medical instrumentation, where Coherent still has high hopes for pain-free dentistry based on its novel laser source, and directed-energy weapons, where the company saw its sales double year-on-year.

Orders related to telescope construction are also looking healthy, with the company being invited to take part in a number of new programs, Ambroseo said.

But in the meantime the slowing revenues are having a predictable impact on Coherent's profits. For the latest quarter, the company delivered a net income of just $0.6 million - compared with $73.2 million in the bumper quarter it posted a year ago.

It means that net income for the company's full 2019 fiscal year amounted to a shade under $54 million, down dramatically from $247 million in its record-breaking fiscal 2018.