Record quarterly bookings for the laser firm, which will supply a new 9 µm source to Convergent Dental. 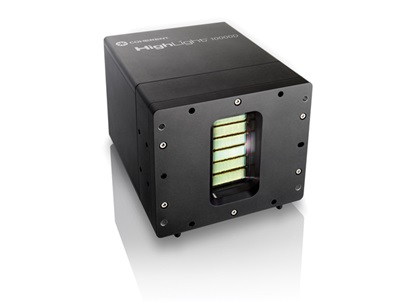 The company posted total bookings of $261.8 million for the three months through March, up 30 per cent on last year. The record-breaking figure was thanks in part to a massive order for excimer lasers that Coherent had revealed in February. The lasers will be used in the production of both organic LED and more conventional LCD screens.

Coherent has since been boosted by further orders for excimer systems, and CEO John Ambroseo told an investor conference call that he was expecting a strong end to the company’s fiscal 2014 (the 12 months to September) and a similarly strong start to fiscal 2015.

Also gaining traction in the latest quarter were lasers for cutting sapphire, a key application for ultrashort-pulse sources, with Ambroseo indicating that a new order worth in excess of $10 million had been won against an established competitor.

“We were able to ship the customer a prototype of a soon-to-be-released laser, and the performance that they witness from that prototype was far better than anything that they had seen. They claimed that it not only cut fast, but cut with better edge quality,” the CEO told investors, adding that if all goes well a repeat order of a similar size could be received by September.

Pain-free laser dentistry
Ambroseo also highlighted solid demand for lasers in medical and biophotonics applications, with cataract treatment using ultrafast sources said to be “picking up nicely”, as well as a growing opportunity in optogenetics, thanks to funding available through Europe’s Human Brain Project and the US “BRAIN” program. Coherent’s “Fidelity” ultrafast fiber laser is expected to find use as a trigger of neural responses.

The CEO also revealed that Coherent has been working on a novel 9.3 µm carbon dioxide source that is being used in “pain-free” dental procedures.

Coherent is working with the Massachusetts start-up Convergent Dental on the project, providing the source for the venture-backed company’s “Solea” system.

Convergent has just bagged $8 million in new capital to meet growing demand for Solea, which it describes as “the world’s first-ever computer-aided carbon dioxide laser to be cleared by the FDA for both hard and soft tissue procedures”.

The company claims that its technology eliminates the need for drills and needles in a “vast majority” of dental procedures, and that the specific 9.3 µm laser wavelength can cut through tooth enamel without the patient experiencing any pain.

Ambroseo said that he had personally witnessed a demonstration of Solea, and heard patient testimonials – including from children – of its pain-free nature. The unusual wavelength is produced by using the O18 oxygen isotope in the gas laser, enabling it to match an infrared absorption peak of hydroxyapatite - the main mineral found in dental enamel and dentin.

“We have also signed up additional fiber laser OEMs in the US and Asia against an ever-increasing list of competitors,” the CEO added. “There were a number of new entrants displaying products or prototypes at the Laser [World of Photonics] China show in Shanghai including several domestic Chinese companies.”

Coherent delivered a net income of $15.3 million for the quarter on total sales of $199.2 million – with both figures very close to those posted by the company a year ago.