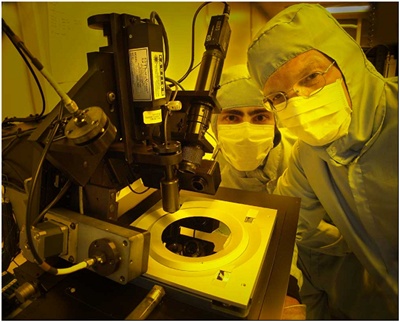 The Centre of Excellence for Ultrahigh Bandwidth Devices for Optical Systems (CUDOS) in Sydney, Australia, has secured a total AUS$33 million ($29.6 million) in funding for seven years.

The total includes a new award of AUS$23.8 million from the Australian Research Council (ARC) running from 2011 until 2018. The funding will be used in part to develop commercial photonics applications and start-up companies, as well as forge links with overseas institutions.

Ben Eggleton is the director of CUDOS, which is headquartered at the University of Sydney’s School of Physics. Reacting to the funding, Eggleton said: “CUDOS has a new vision with a strong foundation. We have the capacity and drive to revolutionize information systems and create and develop Australian industry.”

One of the key aims of the project is to develop photonic integrated circuits (PICs) for optical communications systems, which Eggleton says will have a profound impact on the global economy. Another target is to develop PICs for mid-infrared spectroscopy.

“We will achieve this by developing functional metamaterials with unprecedented optical properties to control light; engineering them into miniature photonic processors,” added Eggleton.

As well as providing training and mentoring for young researchers working in photonics, CUDOS is aiming to have a major impact on technology transfer activity, by harnessing links between fundamental research and commercial applications, says Eggleton.