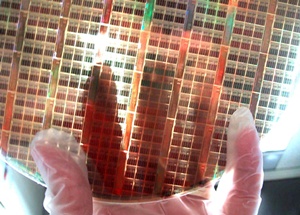 Ultratech, the California-based supplier of advanced optical systems for microelectronics processing, has again increased its financial guidance for 2010.

The company now expects to deliver a revenue increase of between 35 percent and 40 percent on its 2009 total of $95.8 million, as demand from the semiconductor and high-brightness LED sectors ramps up.

“Business prospects are getting stronger and stronger,” said Ultratech’s CFO Bruce Wright. “We are requesting – and getting – non-refundable deposits.”

With bookings sharply increasing in the second quarter, the company registered a book-to-bill ratio of more than 1.8, leading to a 25 percent increase in its backlog. The upshot of that is that anybody ordering a laser processing system is likely to have to wait until the second quarter of 2011 for delivery, as lead times are pushed out.

“The factory is fully scheduled for the rest of the year,” Wright added. Revenues in the third quarter are now expected to be another 15-20 percent higher on a sequential basis, said the CFO.

Commenting on the stand-out quarter, CEO Arthur Zafiropoulo said: “The results reflect the current demand for Ultratech’s products in the advanced packaging, laser processing and high-brightness LED markets, coming from both integrated device manufacturers and foundries.”

Although the fast-growing LED business is still a relatively minor sales driver for Ultratech, the company has high hopes for its lithography systems in the sector as chip manufacturers move to larger wafer sizes.

Until recently, most LED production was carried out on 2-inch wafers – too small to adopt Ultratech’s stepper technology. But with many of the larger manufacturers now having moved to larger 3-inch or 4-inch processing platforms, and some exploring 6-inch production, steppers are in demand.

Zafiropoulo says that the company expects to ship no more than ten tools for LED production in 2010, but he expects this figure to double in 2011 as the industry switches to more advanced lithography stages. “They are using Ultratech for the most difficult layers,” said the CEO. “As the wafer size ramps, so do the steppers.” 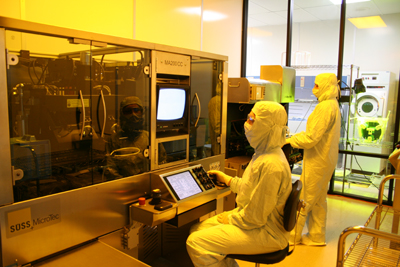 Six LED manufacturers are now believed to have adopted Ultratech systems, including the largest chip producer in Taiwan. Ultratech also has a large multi-tool order from a customer in China, pending the performance of its first tool.

According to the market analyst company Strategies Unlimited, the overall market for LEDs will grow 53 percent year-on-year to reach $8.2 billion in 2010, thanks largely to a sudden surge in the use of LED chips in television backlights.

By 2014, the same analyst reckons that the market will have grown to $20 billion, as the demand for solid-state lighting really begins to take off. With the number of LED chips produced rising at an even faster rate because of the annual declines in selling prices, Ultratech looks likely to benefit as the manufacturing base moves to larger wafer formats.