Latest investment in LED lighting company will support both operations and research. 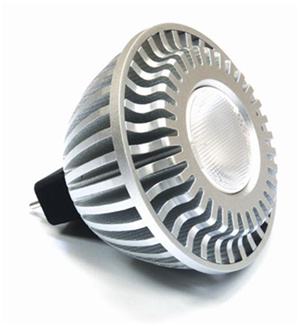 Californian solid-state lighting company LedEngin has closed a round of series D financing that will support a manufacturing expansion, as well as product development and marketing efforts.

With solid-state lighting based on LED components now one of the fastest-growing sectors within the electronics and optoelectronics markets, the additional funding will also be used to increase the LedEngin product portfolio.

“The funding provides us with the financial resources to accelerate growth and meet customer demands,” said David Tahmassebi, the president and CEO of LedEngin. “The addition of NGP Energy Technology Partners will bring one of the most experienced and well-respected energy technology-focused funds, with deep connections and experience in energy markets.”

Growing portfolio
LedEngin’s current product portfolio includes white LED lamps with a range of correlated color temperatures, including warm (2700K, 2900K, 3100K), neutral (4100K) and “daylight” (5500K) whites. In December 2009, it released the first product in its LuxPAR range, the smooth-dimming PAR38 LED lamp, which was followed up with PAR20 and PAR30 lamps launched in early 2010. The PAR38 lamp is EnergyStar compliant, with a luminous efficacy of 45 lm/W.

“Because of our approach of a single, compact, high luminous density emitter and a single lens, we can offer the highest quality beam with uniform color and gradient over angle,” added the company.

Taking this approach provides a better uniformity of light in color and smoothness, as well as a beam that is well-controlled, and which does not create multiple shadows on the objects and features being illuminated, says LedEngin.

This level of control also means that glare, which is effectively wasted light, is minimized, while the color of the light stays more stable over time: “It does not shift to more pink or more yellowish light,” the company explains. “Consistency over time is important.”

”Our slogan ‘Lux on Target’ captures all of this by emphasizing that the only light that matters, in directional lighting applications, is the light that reaches the targeted area.”

“Our core technology is in packaging of the emitters,” LedEngin told optics.org. “The proprietary solution includes very low-thermal-resistance substrates, a die-attach method free of chemical residues from flux that can affect reliability over time, and a glass lens that does not degrade over time.”

The net effect is that LedEngin’s packaging allows the LED chips to be driven at very high currents - higher than its competitors', it claims - to achieve very high lumens per unit area and long lifetimes alongside good reliability.

Currently sourcing LED die from multiple leading vendors, LedEngin estimates that in the commercial sector, where lamps are required for 24/7 operation, the payback period for replacing comparable halogen bulbs with LED lamps is now as little as six months.

With competition from the likes of Toshiba, Panasonic, Sharp, Osram and Philips now stepping up in the residential LED lighting space, LedEngin is likely to remain focused on the commercial sector for the foreseeable future. Even so, the company believes that residential LED applications will be commonplace before too long:

“Our opinion is that the residential market adoption is 2-5 years away, and will depend on LED lamp pricing, energy costs and energy efficiency incentives such as rebates.”