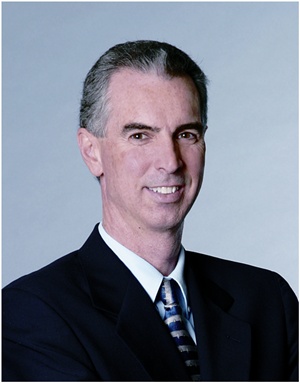 Excimer laser system specialist Cymer posted a net profit of $21.2 million in the second quarter of 2010, as revenues more than doubled to $131.9 million from the equivalent period of 2009.

With a swathe of new semiconductor manufacturing facilities and fab upgrades requiring the San Diego company’s ArF- and KrF-based laser sources for lithography tools, the outlook for the rest of the year and 2011 is also looking bright.

Cymer CEO Bob Akins reported that the industry mood was good at the key Semicon West trade show held in mid-July, and that fab utilization was expected to remain high – meaning that there is likely to be a need for continued investment in fab tools for the foreseeable future.

Cymer shipped 30 light sources in the second quarter, including 20 ArF (193 nm) tools for immersion lithography, and ten KrF (248 nm) tools. So far in 2010, the company has shipped four times as many units as it did in the first half of 2009 – highlighting the huge swing in sentiment from 12 months ago.

Now with a $55.6 million backlog, and with sustained investment expected to prompt increased shipments, Cymer guided that sales would reach between $132 million and $138 million in the third quarter.

Allied with a strong cash position, that confident outlook is one of the reasons why Cymer is now looking to increase its research spending on the development of extreme ultraviolet (EUV) technology.

EUV light sources have long been seen as the key to reducing feature sizes in semiconductor manufacturing towards the 10 nm mark, and therefore maintaining the rule of Moore’s law. The highly complex technology has been beset by problems over the past decade or more, but recent developments have suggested that some serious progress is at last being made. 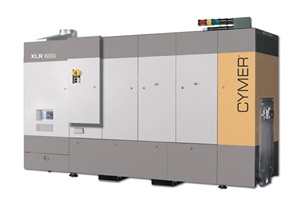 ASML, the leading supplier of lithography stepper tools and a key customer of Cymer’s, has placed a six-unit order for EUV light sources. These tools are not expected to be used in any volume production applications, but they will enable pilot production.

EUV difficulties
The key difficulty with EUV sources is producing sufficient output power at the key wavelength of 13.5 nm, along with the necessary uniformity and consistency that is needed for reliable semiconductor wafer production.

Back in 2004, Cymer decided that the discharge-produced plasma technology that it had been working on would not be able to scale to the power levels required for full production – partly a result of increased power requirements caused by the relative insensitivity of existing EUV photoresists.

As a result, Cymer switched its development activity to work on laser-produced plasmas instead, where EUV radiation is generated when a high-power laser pulse hits droplets of tin metal. Cymer has demonstrated that by firing a CO2 laser at droplets of tin, it can scale the output power along with the laser’s repetition rate and pulse energy. Although now able to produce EUV with a 100 W output, upwards of 250 W is expected to be required for full production.

However, with no guarantee that other key elements of the EUV supply chain will be production-ready any time soon, there remains much skepticism within the industry about whether EUV technology will ever become fully utilized. For its part, Cymer’s CEO estimated that the company has already spent in the range of $250 million developing EUV sources.

Some positive signs for the technology did emerge at Semicon West 2010, with GlobalFoundries suggesting that it would be installing a production-level EUV tool – likely supplied by ASML - in the second half of 2012, with volume production slated for 2014 or 2015.

Meanwhile, the chip manufacturers’ consortium Sematech has launched plans to develop metrology tools for picking up defects in EUV masks, including a recent development agreement with Carl Zeiss to work on an aerial image metrology system.