Being headquartered in the middle of the English countryside has been no handicap to the company’s unerring global expansion. 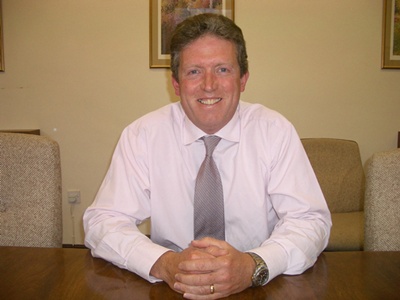 Back in 2004, Gooch & Housego (G&H) occupied a grand Victorian building in the center of a market town in the largely rural UK county of Somerset – a place much better known for its grazing cows and cider-apple orchards than as the home of a thriving optics company.

The man at the helm then - CEO Gareth Jones - combined a clear company vision with ambition and optimism. G&H was on an expansive course, to target new markets through acquisitions.

Seven years on, and the transformation is remarkable. G&H has invested £10million in a move to substantial new offices and facilities, and has now acquired no fewer than nine companies in all.

One thing hasn’t changed: Jones is still the man in charge (he joined the company in 1978), and he has lost none of his enthusiasm – something that will no doubt be called upon again as the company embarks on a new chapter in its history, off the back of a year in which its share price more than doubled to a high of 557p. So what exactly has been the thinking behind this impressive growth story?

“Seven years ago, we had all the potential but not the skills and breadth,” explained the CEO. “The companies that we have bought have all been world leaders, with specialist technology.”

“Putting all of that together has given us the basis for benefiting from what we believe will be significant growth, as photonics technologies are adopted by markets such as aerospace and defense, and life sciences,” the CEO added. “We have used acquisitions to build what I believe is a truly world-class company, with a unique portfolio of world class capabilities. We are absolutely not a commodity optics player. We set out to be the best, not the cheapest.” 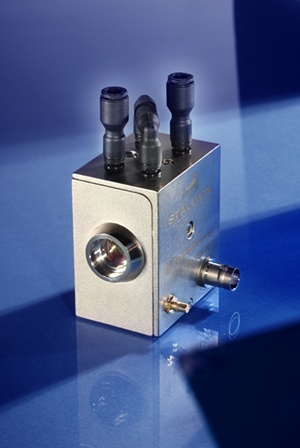 From supplier to partner
The component at the very core of G&H’s business is the humble Q-switch – a device that changes a laser’s output from continuous-wave to pulsed. G&H’s Q-switches are primarily found in the industrial laser market and are used for materials-processing applications such as marking, welding, cutting and drilling. Although G&H is proud of its leadership position in this market, it had posed a problem when it came to delivering growth.

“One of our principal objectives is to achieve long-term sustained growth,” commented Jones. “[But] in our industrial area, we are the leader and can’t grow by gaining market share. It comes down to how quickly the market grows. Historically, the laser market has grown at single-digit rates, which is not fast enough for a public company with institutional shareholders.”

As a result, the company decided to target those adjacent markets outside the industrial niche. But Jones knew that fundamental changes needed to be made across the board at G&H if the company was to make any inroads into high-value sectors.

First, G&H needed to alter the perception of the company as that of a humble component supplier, meaning that a move up the supply chain was essential. Next, it had to build a reputation as a credible partner to companies operating in tough and highly regulated sectors like medicine and defense. Finally, it had to fill the gaps in its own skill-set through acquisitions.

“G&H used to be a supplier of components with a unit value of several hundred dollars,” said Jones. “Instead of selling just components, we now offer sub-assemblies, modules and complete systems. In order to deliver that model and address new markets, we made acquisitions that complemented our existing skills and branded everything under the G&H banner, essentially creating a single, amalgamated entity.”

Acquisition timeline
It’s been a drawn-out process. The company took its first steps on the acquisition trail as long ago in 1995 when it acquired US-based Optronic Laboratories, and followed it up with that of Cleveland Crystals in 1999. Next came NEOS Technologies in 2000 and Landwehr Electronics in 2004.

Further acquisitions were made with the big-picture business plan in mind. In 2007, G&H acquired SIFAM Fibre Optics to gain access to fiber-optic technology, and the impact was immediate. Before that deal, G&H generated zero revenue from sales of fiber optics. This year, the proportion will be more like 25%. 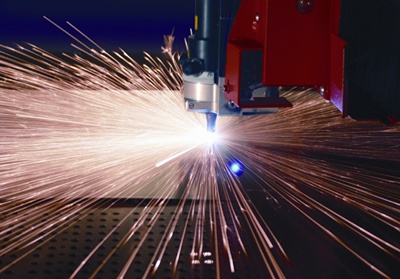 Next to join the growing G&H family was US-based General Optics, a supplier of polished and coated optics for applications such as ring laser gyroscopes. “A significant part of its customer base was the US aerospace and defense industry,” commented Jones. “That market is extremely hard to address from the UK because of ITAR restrictions. One of the big factors in the General Optics acquisition was to give us a foothold - from where we could address the market from inside the US.”

EM4, based near Boston, Massachusetts, and a developer of active fiber-optic components, was acquired in January this year for much the same reason. “Not only was it a perfect technological fit with SIFAM, but around 85% of EM4’s revenue comes from aerospace and defense globally,” explained Jones. “It strengthens that business and it does it from the US mainland. In 2008, our sales into aerospace and defense were about 6%. This year, following these acquisitions, it is going to be around 30%.”

The acquisition trail didn’t stop there. Crystal Technology was next, with the deal signed as recently as April. “We had been in discussions to acquire them on more than one other occasion, but the circumstances and timing was never right,” said Jones. “No matter how much we talk about new markets, we mustn’t forget that at its foundation G&H is good at growing crystals. Crystal Technology was an opportunity to strengthen that foundation.”

Strategically, this latest move is an important one. That’s because it gives G&H access to tellurium dioxide, a material in which it had not previously specialized. “We had started to grow these crystals, but at a relatively low level in terms of output,” commented Jones. “It would have taken us several years to ramp up but acquiring Crystal has given us [immediate] self-sufficiency. It helps us to consolidate our market leadership and gives us a strategic material.”

The pay-off
As Jones admits, the last five years have all been about building up G&H putting the company’s infrastructure in place. Only in the last 18 months has all the effort started to pay off.

“It is only recently that we have started to develop much deeper and stronger relationships with our big customers,” commented Jones. “We have started to see our revenue increase but it is still very much the beginning of the process. It takes a long time to establish trust and confidence with the customer. We know that there is a long way to go but are delighted with how it is going so far. We are very encouraged, and have achieved growth. We believe we will be able to continue that trend.”

In times like these when financial crises never seem far from the headlines, it is also worth noting how G&H has funded its string of acquisitions. According to Jones, the majority have been funded through a combination of cash and bank debt. But G&H also raised £10.6 million in January 2011 through a share placing, which funded the acquisition of EM4 and part of the Crystal Technology deal. 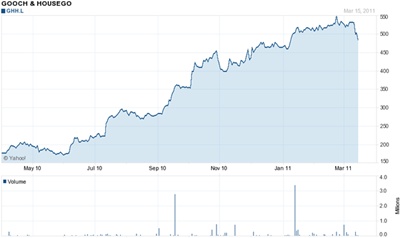 So with two acquisitions in 2011 already, will G&H be making it three by the end of the year? “Not at the moment,” says Jones. “We have huge potential and are very much focused on executing the business plan and delivering results.”

Perhaps the company is finally nearing the end of that acquisition trail. With strong market conditions in all its key sectors, the company tapping into emerging commercial applications like optical coherence tomography, and holding major contracts with the likes of Honeywell, it looks like a good time to concentrate on revenue growth.

G&H is still headquartered at The Old Magistrates Court in the Somerset town of Ilminster, but it is a very different – and much larger - company to that of seven years ago. With its share price reaching an all-time high of 575p on the London exchange in mid-May, its institutional investors must be very happy with that change.