Strategic switch to pay-per-use scheme in the US said to be gaining traction, but overall sales remain down on last year. 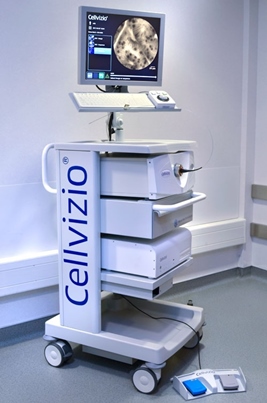 Mauna Kea Technologies, the Paris-headquartered developer of the ‘Cellvizio’ confocal laser endomicroscopy platform for early-stage cancer diagnosis, has posted a loss of €6.8 million for the first half of 2018.

That figure compares with a net loss of €5.8 million over the same period last year, reflecting an 18 per cent drop in sales and increased administrative costs.

However, the lower sales figure was mostly the result of a weak first quarter, since when Mauna Kea appears to have gained traction with sales of consumable components in particular.

The company is also pursuing a relatively new sales strategy in the US, where it is now focused on “pay-per-use” agreements for its optical biopsy systems. However, those sales have also declined year-on-year, with Mauna Kea saying that this product line has limited sales presence in the US.

Consignment systems
CEO and founder Sacha Loiseau looked on the bright side in the company’s statement to the Paris Stock Exchange, saying: “Our performance in the first half of 2018, and in particular the second quarter, reflects the investments we have made in our commercial infrastructure and our focus on pay-per-use agreements in the US. Placements of consignment systems in the first half of 2018 exceeded placements for all of 2017, suggesting that our strategy is gaining traction.”

He added that while the lag between system placements and consumable sales growth has temporarily hurt the company’s gross margins, he felt the firm was still gaining momentum and beginning to benefit from the strategic shift implemented last year.

Mauna Kea’s revenues hit €2.7 million in the first six months of 2018, after the company shipped 25 Cellvizio systems, including 16 “under consignment”.

Despite the difficulties, Mauna Kea’s headcount has continued to rise, with the company now employing 98 people – up from 90 at the start of this year. As of June 30, its cash balance stood at €15.1 million.

Pulmonary applications
Last week, a needle-based version of Cellvizio aimed at diagnosing lung cancer and other respiratory diseases was launched at the European Respiratory Society (ERS) International Congress in Paris.

Among six different presentations aimed at pulmonary applications, Mauna Kea highlighted “positive results” for diagnosing malignant pleural mesothelioma – the most common form of cancer known to be caused by inhalation of asbestos fibers.

The rare and aggressive cancer develops in the pleura, a thin layer of tissue surrounding the lungs, although it typically takes decades before the disease starts to present symptoms.

“[The] ability of Cellvizio to get to the core of pulmonary lesions through a needle is a unique offer which could dramatically improve the management of patients with suspicion of lung cancer,” remarked Loiseau. “This opens up important possibilities for Cellvizio in the management of the second most prevalent cancer worldwide.”

The expanding applications base for the technology, including US Food & Drug Administration (FDA) approval in neurosurgery, comes only a few months after Cellvizio played a critical role in the identification of a newly categorized human organ known as the interstitium.