Grenoble-based CEA spin-out looks to target applications in consumer electronics as it shifts to mass production. 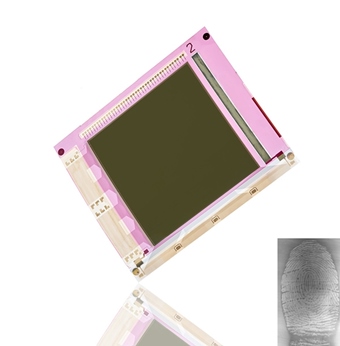 The French startup company Isorg, which is pioneering the development of organic image sensors, has closed a €24 million round of series B venture finance earmarked for ramping production of commercial devices.

The company, originally spun out of the CEA-Liten Printed Electronics Laboratory in Grenoble, previously raised €6.4 million in its series A round back in 2014 - setting up a production line in Limoges with the proceeds.

US-based New Science Ventures (NSV) and the venture wing of French bank Bpifrance are the main investors in the latest round, alongside Financière Fonds Privés (FFP) plus early backers Sofimac Innovation, CEA Investissement and Dynalim.

Ambient process
Isorg’s research team has developed a way to deposit organic light sensors on top of glass or flexible plastic substrates, converting such materials into “smart” surfaces. Crucially, that process can be carried out within an ambient temperature and pressure environment, thus helping to minimize production complexities and costs.

The technology is said to be compatible with large-area image sensors and high-resolution pixel pitch, with Isorg primarily targeting applications in consumer electronics.

In a statement announcing the series B round the firm said: “Isorg’s groundbreaking technology addresses many clients’ needs through various value-added applications, primarily in personal electronic devices such as smartphones, wearables, tablets and laptops, biometrics for homeland security and medical imaging.

“Isorg is ready and well-positioned as the market takes off to meet growing demand, thanks to its ability to offer various business models from manufacturing to the licensing of its technology for mass markets.”

The injection of €24 million will be used to support qualification requirements at its production site in Limoges, and to continue the development of subsystems ready to be integrated in the various applications. “It will significantly support the engineering work to enable large-scale commercialization of leading-edge applications in the coming years,” adds the company.

Biometrics
Isorg’s CEO and co-founder Jean-Yves Gomez said: “We are heading towards launching the large-scale commercialization of our image sensors and other printed electronics solutions, which are in high demand among manufacturers of consumer electronics and biometric devices.”

Somu Subramaniam, the managing partner at investor NSV, added: “We are impressed by the strong team, robustness of Isorg’s product portfolio, and the transformation its printed image sensors and photosensitive layers will bring to multiple customer applications.”

Representing Bpifrance, Nicolas Herschtel commented: “We have backed the company since 2014 and we are convinced that the future is in printed flexible imaging technologies. Isorg is in a great position to reap the rewards of its superb technology platform. Today, we renew our support and are glad to welcome new shareholders to help Isorg enter this new phase of expansion.”

Aside from consumer electronics, other recent efforts have seen Isorg work on biometric applications including what was claimed to be the world’s first large-area flexible fingerprint sensor to be based on plastic (see photo above).

Applications for such a device could include driver identification via a car’s steering wheel, or credit cards with integrated biometric sensors.

• Isorg was also one of the industry partners in the €9.7 million-funded Horizon 2020 European project "LORIX" to develop a large organic sensor suitable for X-ray imaging. Healthcare technology giant Philips and the organic electronics pioneer Plastic Logic also took part in that effort, which officially finished in July 2018.