Korean maker of LEDs and displays looking to reduce cost of technology with in-house sensors and camera modules. 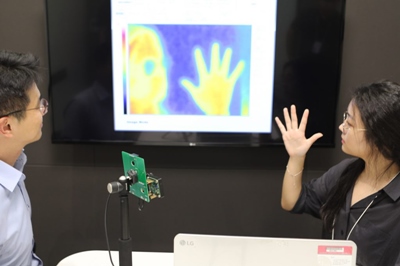 The company said it was already working with domestic firms on sensor development, and added that it would accelerate in-house work on core technologies including thermal imaging camera modules.

Beyond defense
Quoting figures from the French market research company Yole Développement suggesting that global sales of thermal imaging cameras will grow from around $3.3 billion this year to some $4.4 billion in 2022, LG Innotek sees cost reduction as critical for the technology to move beyond its traditional applications in the defense sector.

“LG Innotek intends to make inroads into the market with thermal imaging camera modules, whose thermal sensing and image processing performance and price competitiveness have been greatly enhanced by the innovative technologies,” announced the Seoul-headquartered firm, which is aiming to launch its first original products in the second half of 2019.

But LG Innotek says that its new partner also has expertise in the area of infrared sensors, and that by working together it will be able to produce “world-class quality” in the design and production of thermal imaging camera modules.

One suggested new application is personalized air conditioning, where cooling power can be optimized according to the body temperature of an individual – as monitored with the thermal camera.