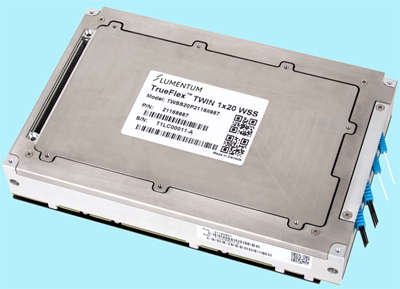 In the latest quarter’s trading (to June 30) Lumentum achieved a net profit of $25.7m, up from a loss of $55.2m, in the same quarter of 2017. Revenue rose to $301.1 million from $222.7 million. The company’s latest financial statement also highlighted improved sales of TrueFlex ROADMs, as well as commercial and industrial pump lasers.

Following the August 7th announcement, shares of Lumentum Holdings (“LITE”) immediately rose by just over 7% in premarket trading; the fourth-quarter earnings had exceeded forecast expectations. Net income for the fourth quarter of 2018 was $61.6m; that for Q3 2018 was $50.6m, while that of Q4, 2017 was $25.0m (all figures non-GAAP).

”Our strategy of investing in differentiated products addressing multiple growing end-markets critically dependent on photonics drove our strong fiscal 2018 results and positions us well for the future." 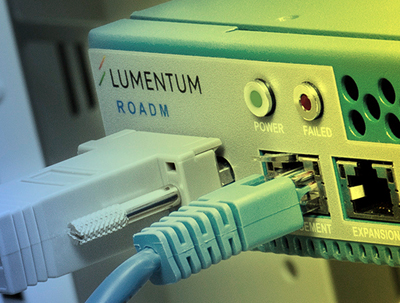 Well connected: 2018 was a "record" year for Lumentum revenues.

During the associated conference, many analysts posed questions relating to the 3D sensing sector, as deployed in smart phone camera and focusing systems, a significant market sector for Lumentum’s products.

Lowe commented, “With respect to the 3D sector, what we’re focused on is making sure we don't give our customer any excuse to want to buy from anyone else and that's really exacerbated by the fact that we shipped tens of millions, if not over hundreds of millions of units with no failures. Those kind of statistics and field reliability data that we can point to really gives us a leadership position in market share. So we expect to continue to have a very strong share position not only on the existing products, but on next-generation products.”

Asked about trends in the datacom market sector – notably whether tight and reducing margins in this market are still worth pursuing – and a planned launch of a new “hyperscale” product later in 2018, Lowe said, “On the client side of the telecom networks, where Datacom transceivers play, we’ve a good product line and meet the needs of those customers.

”But in the hyperscale we haven't had anything that is really able to compete effectively – except when we first initially introduced a 100G transceivers when we were first to market. Later this year we will have product that will be able to address the hyperscale in a meaningful way, even with continued compression on ASP. So we are pretty pleased with where we are.”

He also gave some detail about his expectations for diode and fiber lasers: “We expect continued fiber laser strength going into the September quarter and therefore continue to have that capacity constrained situation on both industrial diode and fiber lasers. The part of the laser business that is declining is that which is pulled into the microelectronics space or what we call the micro materials processing side.

"That is impacted by the typical consumer-electronics cycle where manufacturers add capacity in late spring and in through the summer and then aren't adding new equipment in the late summer into the fall because they already need to that capacity to produce consumer electronics products. So we do expect that that micro materials processing portion of our lasers business to resume that kind of growth trajectory.”