Diode and fiber laser firm reports qualification in several new ‘strategic’ accounts as it plans launch of higher-power sources in the near future. 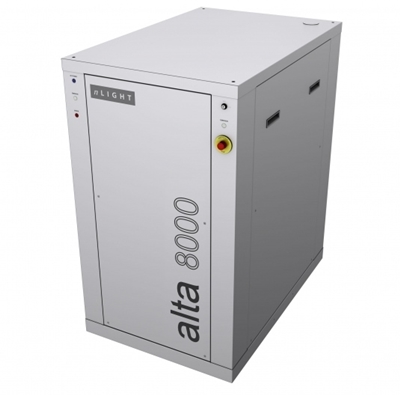 nLight, the US-based maker of high-power industrial semiconductor and fiber lasers that listed on the Nasdaq index earlier this year, has reported a sharp increase in sales as it gains key customers in China.

For the three months ending June 30, the Vancouver, Washington, company delivered a net income of $4.7 million as sales rose nearly 50 per cent year-on-year to $51.7 million.

In response to that jump in sales, nLight’s CEO Scott Keeney highlighted good traction in China, commenting: “Industrial and microfabrication business was particularly strong in China in the quarter, with the region growing almost 60 per cent year-over-year.”

IPG’s uncertain outlook prompted a 27 per cent fall in the value of its own stock, and also dragged down nLight’s valuation by more than one-fifth.

In a conference call with investors Keeney struck a far more optimistic note than his opposite number at IPG, saying: “We are benefiting from strong overall demand and are expanding our design wins with new and existing customers. In the China market, we continued to see strong demand across the industrial and microfabrication end markets.”

He added: “We have focused in China on developing relationships with a set of strategic customers, and we are seeing the benefit of these efforts from ramping volumes in this geography.”

No effect from tariffs yet
Keeney also reported that nLight had not yet seen any meaningful impact from the “Section 301” tariffs imposed by the US last month, or from retaliatory actions by the Chinese government. nLight’s biggest customer is currently Suzhou Quick Laser Technology.

But since nLight’s final products on the whole do not end up deployed in the US, they are not ultimately subject to the new tariffs as currently structured, explained the CEO. “We also have flexibility in our manufacturing capabilities, and the ability to manufacture our products here in the US, and assembly capabilities in China,” Keeney added.

nLight’s results coincided with its release of a new 3 kW that the firm claims to feature the industry’s most compact footprint. In a company release Jake Bell, nLight’s general manager for industrial lasers, said:

“These fiber lasers deliver the highest power available in the smallest size. This gives end users a considerable advantage in shop floor utilization while incorporating the latest technologies for laser processing performance, reliability and serviceability.”

Following that up in his investor call commentary, Keeney said that the company would release another two fiber laser platforms that would “significantly expand” its capability beyond 8 kW – the kind of power regime where IPG currently has a virtual monopoly.

“These new platforms will better position nLight to address the large market in high-power cutting applications,” said the CEO. “They will enable numerous applications in advanced manufacturing, and they will come with a substantial reduction in our costs.”

Keeney added that these new higher-power platforms were the focus of discussions with the new and larger “strategic” customers that nLight is hoping to engage with in the future. “We’re not in a position to announce anything today, but that's the direction that we're going,” he said, adding that by incorporating the company’s latest laser diode and fiber technologies, those new platforms should also help improve profit margins.

Diversity advantage
Asked directly about the contrasting outlook with IPG, Keeney highlighted a key difference between the two companies – that nLight also sells semiconductor lasers, and is somewhat more diverse than its larger rival.

“Only a third of our business is fiber lasers in China, and that’s where we see the most significant competition,” said the CEO. “We also have very strong markets in microfabrication, aerospace and defense, and it's really a different set of competitors that we face in those markets.”

In addition to that, nLight does not at this point serve the automotive market in Europe, which may be experiencing a little softness at the moment.

One area where the focus is more on semiconductor lasers than fiber lasers is in microfabrication, across a broad scope of market sectors and applications. Marking is one example of that, and Keeney said that nLight was enabling a new application where previously lasers have proved too expensive.

“Based on our technology we may be able to take that cost down and open up a whole new set of markets,” said the CEO. “So we've seen really nice growth in that space, and I think we're quite well positioned.”

NASA IceSat-2 mission
Another important area for nLight is laser weapons, or “directed energy” applications, while the launch of NASA’s IceSat-2 Earth observation satellite next month will see deployment of an nLight laser as the key part of an advanced altimetry system known as “ATLAS”.

Based around a 532 nm source, ATLAS will measure the height of ice sheets, glaciers, sea ice and other terrain in unprecedented detail – helping scientists to investigate the response of the Earth’s polar regions to climate change while also monitoring forest vegetation in more temperate parts of the world.

“It's a really cool application,” said Keeney of the NASA project. “It's a very difficult thing to do, to qualify a laser for space. It's one of the reasons that we serve this market: not only do we believe it's an important market long-term, but it's a very challenging set of specifications that drives our technology and reliability that then serves the broader markets too.”

• nLight’s executive team said that sales in the current quarter would again be in the region of $50 million, partly reflecting the relative seasonal strength of the quarter just completed.

• Investors reacted positively to nLight's update, sending the company's stock price up around 5 per cent in early trading on August 9. At just under $32, the valuation is equivalent to a market capitalization of approximately $1.1 billion.