Orders received rise from €3.4 to €3.8 billion with largest individual markets being Germany, USA and China. 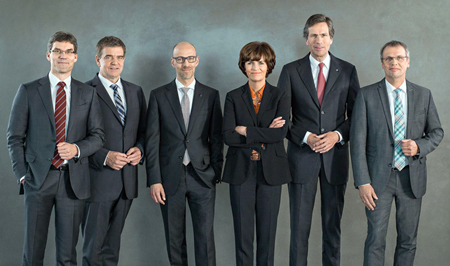 Industrial machine tool and laser giant Trumpf Group has reported what it calls “a significant increase” in its sales of around 15 percent at the end of the 2017/18 fiscal year (to June 30, 2018).

This represents an increase of around 13 percent. Germany was the biggest single market with sales of over €700 million, followed by the USA and China, each with sales of around €450 million.

Sales to European customers were also "encouraging", the company commented. The financial statement said, "The expansion of the EUV business has had a significant impact here. Trumpf supplies special lasers to ASML, a customer in the Netherlands; these lasers use extreme ultraviolet radiation to expose chip surfaces for the computer industry."

CEO Nicola Leibinger-Kammüller commented, "In many markets, we exceeded our targets, with all our products contributing. We registered gratifying growth in the future technology of additive manufacturing - that is, in industrial 3D printing - and in the laser business for microchip manufacturers. Even so, we are monitoring the global economy's development very closely. There are increasing signs that this long phase of recovery could soon be over. We want to be prepared for that."

The number of employees across the Trumpf Group rose more than 10 percent to around 13,500. There were 6,700 people employed in Germany as at June 30, 2018, with nearly 3,900 working at the company's Ditzingen headquarters.

In the past fiscal year, Trumpf continued to invest in digital connectivity and began optimizing its sheet metal machining processes with the goal of achieving fully automated production. A large share of investments again went to the structural expansion of locations in and outside of Germany.

In the past year, the company has erected a manufacturing building with clean rooms and office space at the headquarters in Ditzingen to expand its high-tech production capabilities, particularly for lasers used in EUV lithography for microchips. It also invested in manufacturing buildings at the Teningen and Schramberg locations.

The Group's largest production site was established in China. However, the majority of investment went into the company's locations throughout Germany. Significant investments were also made at the Trumpf sites in the USA and Asia.