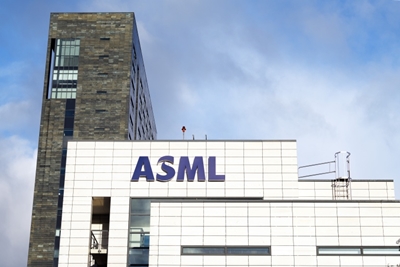 ASML has posted a sharp increase in sales and profits in its second financial quarter of 2018, and plans to accelerate development of its latest extreme ultraviolet (EUV) lithography equipment.

Seen by the company as providing a clear roadmap enabling chip makers to plan for the next 10-15 years, EUV tools are scheduled to crank into volume production at various semiconductor fabrication facilities towards the end of this year and into 2019.

In the latest quarter, 32 per cent of ASML’s €2.09 billion total revenues were attributed to EUV tools – equivalent to sales worth around €670 million for the seven systems recognized.

CEO Peter Wennink is confident that the Dutch firm will ship 20 EUV lithography tools year, and ramp that total to “at least” 30 systems in 2019 as customers build out their capacities for volume production of future transistor “nodes”.

Productivity gains
Recent improvements to EUV tool productivity - ASML has demonstrated more than 85 per cent availability across a four-week period and is committed to a targeted average figure of 90 per cent – prompted Wennink to say in a company video:

“That [strong execution] has given us the confidence to accelerate the 0.33 NA (numerical aperture) roadmap. We are now pulling in productivity targets [from] the end of 2019 or early 2020, to [earlier in] 2019. The same is true for availability targets.”

EUV based around more complex, higher NA optics is seen as the critical pathway to the long-term success of the technology, with ASML buying a significant stake in optics partner Carl Zeiss SMT to ensure developments proceed according to plan.

The CEO says that the planned acceleration will give both ASML and its customers access to “a lot more value” a little earlier than previously expected. “That’s very good,” Wennink said. “And it also means that in terms of what we’re seeing for EUV demand in 2019 – we planned for about 30 shipments – that this is a very realistic number.”

Logic and memory in harmony
Commenting on the semiconductor space more generally, Wennink highlighted that with chip technology now so pervasive, demand was determined by the health of the global economy. 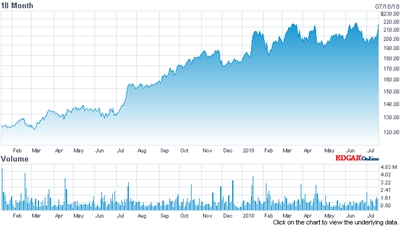 He gave no indication of any worries regarding tariffs and potential trade wars between the US and China, saying that demand for faster logic chips would continue to drive the need for higher-capacity memory devices – a symbiosis that ultimately drives greater demand for ASML's tools.

Having posted a better-than-expected net income of €584 million in the latest quarter, Wennink and his team are confident of a strong end to the year, with annual sales likely to exceed €10 billion for the first time in ASML’s history.

Those prospects appeared to prompt a significant uptick in the company’s stock price, which rose nearly 6 per cent in early trading on the Nasdaq index, to $216. Close to an all-time high, that represents a market capitalization of around $94 billion.