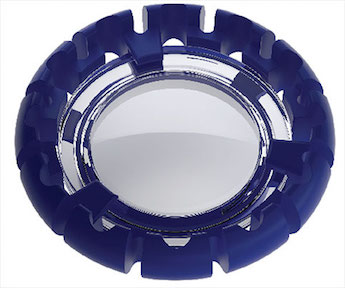 LensGen, a California-based developer of intraocular lenses (IOL) for the treatment of presbyopia and cataracts, has announced the release of $11 million in Series A funding.

The funds are part of the $21 million Series A financing package announced by LensGen in May 2017, released now after achievement of what the company described as a key clinical performance milestone.

The corporate venture investor Hoya Group, leader of the 2017 finance agreement, has also now opted to invest an additional $4.4 million, which was an available option in the Series A financing.

"We are pleased that LensGen is continuing to make outstanding progress on its clinical and business development goals," said Akiteru Furukawa of Hoya Corporation Business Development. "We look forward toward the achievement of the necessary steps to starting and completing the FDA trial."

In addition to the financing announcement, LensGen stated it will be expanding from its current location into new office and lab space, to facilitate its plans for growth and for the building of a clean room facility.

LensGen is developing Juvene, a form of IOL termed an accommodating IOL (AIOL), in which the inserted artificial lens has the capability of changing its refractive power, within limits, to better match the performance of the natural lens it replaces. Juvene is said by the company to be the first modular, fluid IOL technology, able to mimic the eye’s natural accommodation process to change shape and adjust focus.

According to LensGen information, Juvene's design includes a standard monofocal lens optic as a base lens, functioning as a standard IOL, with an additional fluid lens present in the same structure and able to change shape under the action of the eye's ciliary focusing muscles. The surgical implantation procedure is said to be entirely comparable to standard cataract surgery.

The concept of an accommodating IOL has been the subject of clinical research for some time, driven by the relative inability of conventional IOLs to effectively tackle presbyopia, and the large potential market for the treatment in an ageing population. However, different technological approaches to the problem are currently being investigated, and it is not yet clear which strategy might ultimately prove the most successful.

Juvene is designed to be inserted into the eye's capsular bag, in the position where the natural lens originally sat, but some forms of AIOL are positioned in the ciliary sulcus, a position nearer to the cornea than the original lens, removing any influence of the capsular bag and its post-surgery condition on the ultimate performance of the AIOL.

An early-stage development project by Swiss Advanced Vision proposes an active lens with autofocus and wireless connectivity, termed Real-Time Autofocus Servo Control or R-TASC, which could ultimately lead to an IOL platform able to incorporate augmented reality and other interactive or connected features.