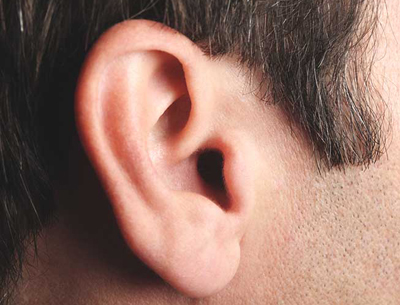 Groundbreaking photonics-based technology for the transmission of acoustic signals, designed for use in fully implantable hearing aids, has been successfully tested for the first time. The technology is based on completely contact-free fiber-optic technology, which senses the tiniest ossicle movements and uses them to stimulate the acoustic nerves.

A joint Austrian-Serbian team including Karl Landsteiner University of Health Sciences, Krems an der Donau, Austria (KL Krems), has successfully tested this new development. The tests produced important findings on future use of the technology on humans. The work has just been published in Biosensors and Bioelectronics.

The team says that the weakness with conventional implantable hearing aids is in their microphone design: “Hearing aids should be heard, not seen. And this is precisely what fully surgically implantable hearing devices can deliver. Their Achilles heel is the microphones, which receive sounds and use a sophisticated process to transform them into impulses for the acoustic nerves.”

The group’s announcement adds, ”It is essential that they can function error-free inside the human body for many years. With existing technology, this is only possible to a limited extent, so new solutions are urgently needed. One such advance could be the use of fiber-optic measuring technology that picks up vibrations in the ossicles.”

Prof. Georg Mathias Sprinzl, head of the Ear, Nose and Throat Department at St Pölten University Hospital, part of KL Krems, commented, "Even state-of-the-art hearing aids often require parts outside the ear. This has many disadvantages for people who wear hearing aids: they can be stigmatised if the device is visible, parts of the ear often become inflamed and the wearer’s own voice can sound distorted. Fully implantable hearing aids can overcome these problems – but the technology still needs to be fine-tuned. And that’s what we are working on."

One significant advance is the use of contact-free fibre-optic measuring technology to detect sounds, which would allow the microphone to be positioned inside the ear. The technology is based on low-coherence interferometry, which picks up superimposed sound waves.

The team used this approach for the optical measurement of nanometre-sized ossicle vibrations. Prof. Sprinzl explained, "The ability to pick up sound from the ossicles is a huge advantage because it fully preserves the natural amplification function of the outer ear and the eardrum. On the technological side, this also minimises signal distortion and feedback."

However, with a view to deploying the system in the human ear, Prof. Sprinzl and his colleagues needed to address a number of fundamental requirements. For example, they had to develop the operative procedure for the implantation, as well as the means of targeting the laser used for sensing.Prof. Sprinzl, who performs over 1,000 implants of various types of hearing aid each year, said, "We did not carry out this development work on human subjects. Instead, we used artificial and animal models, which has allowed us to optimize the quality of the ossicle vibration sensing system."

The recently published findings confirm the effectiveness of the technology and that, in principle, it could be used inside the ear for long periods. In these initial tests, the team found that the laser beam which is critical for sensing vibrations remained accurately aligned with the selected ossicle for five months.

The team’s measurements also showed that the system can distinguish between the sounds to be transmitted and background noise, although more work will be required in this respect in future. Aspects such as system miniaturisation and electricity consumption will also be addressed by the team, which comprises ACMIT GmbH, the Medical University of Vienna, the University of Belgrade, KL Krems and ENT specialists.

The Austrian-Serbian solution, as described in Biosensors and Bioelectronics, Volume 103, 30 April 2018.