ELI facilities bid to be an ‘ERIC’ research project 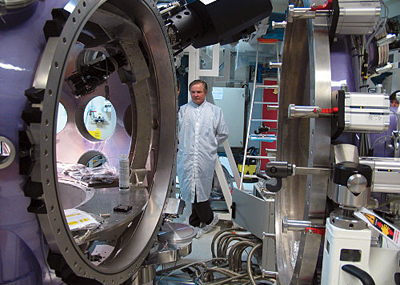 The ELI project facilities are nearing completion in the host countries.

While the implementation of the European Extreme Light Infrastructure ELI project is nearing its completion in the three host countries, the development team is working to create the necessary conditions for future operations as a single, multi-site international laser facility of international dimensions.

When completed – and the ELI laser sources and labs are scheduled to commence operations in 2018 – the facility will be based on four sites. Three of them are being implemented in the Czech Republic, Hungary and Romania, with an investment volume exceeding €850 million, mostly stemming from the European Regional Development Funds (ERDF).

Carlo Rizzuto, Director General of ELI-DC, has put together an update on the latest developments at the pan-European, high power laser facilities. Following are his responses to a set of key questions:

Why does ELI want to become an ERIC?

Carlo Rizzuto: "Being an ERIC has several advantages. If we become integrated, we can achieve greater results with given resources than as three separate entities. We can work together on developing new experiments, share resources, be more relevant at international level et cetera.

"On a scientific level, we can achieve much more by coordinating and integrating our programs and results. And, as a whole, we are more attractive for other countries to join in as member states, leading to our facilities operating independent of national policies and governments.”

What are the main ELI project challenges to overcome?

"They are mostly on the human front. Three teams have been competing against the odds in building complex facilities in a fairly empty environment. All our teams are of course proud of their achievements and feel that they can become self-sufficient. But now it is time to bring them together, and to devise one coordinated way of working, which takes into account their individual experience and expertise." 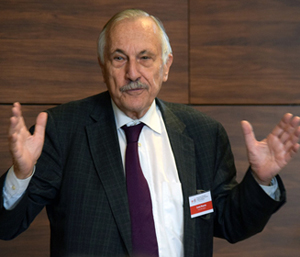 What can we expect in the near future?

"Over the past 18 months, we have been encouraging the local coordinators, heads of services to work together to solve common problems. If we take, for example, procurement, together they can negotiate lower prices, make a joint call to attract offers, share costs and develop better ways to share the administrative activities. The idea is that this way of working, if accepted at higher level, will percolate down to the people working in the laser facility pillars. One problem here is that every group is occupied with concluding the construction phase, and everyone is overwhelmed by things to do."

What will make cooperation easier?

"If funding comes through the ERIC it is always easier to cooperate when you are working with the same budget. ELI is the odd man out: we are the first facility where 100 percent of the construction is financed by money from the European Structural and Investment Funds, and only the cost of operation should be shared by individual European countries.

"Other pan-Euroepan scientific R&D facilities, such as CERN or ESA, were built from scratch with contributions initially sourced from at least five different countries. These countries then had committed from the beginning of construction to contributing to the operations as well. We are now in the process of reminding individual governments and communities of the promises they made at the start of this endeavor to contribute to the operational costs." 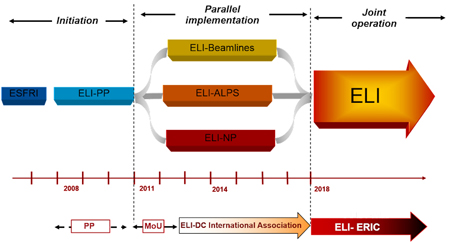 ELI is scheduled for commercial R&D activities to start this year (2018).

Which ELI milestones have been achieved recently?

"In December, 2017, the three host countries [Czech Republic, Hungary and Romania] formally agreed to set up the ERIC, and we presented ELI to the European Ministers of Research. Now we are discussing the details of the implementation, in terms of legal and financial issues, such as insurances, contracts and licenses. Hopefully by the end of May 2018, we will have worked this out.

"We would like to apply for an ERIC before the end of June 2018, and establish one legal entity by the end of this year. Then we are going to combine staff, administration and so on in a more gradual way. Most of the personnel is already now hired by the pillars, but top level personnel should be hired by the ERIC, if the contributions to it will allow.

"Also a limited amount of personnel needs some work to be defined. We will have to align different national employer contracts for the personnel to allow it to be mobile amongst the three pillars. We plan to hire 10 to 20 percent of these people in the first two years of operation, so we will need to continue to work hard to achieve this."