Following success of year-long festival in 2015, IDL aims to promote and share the benefits of light projects worldwide, 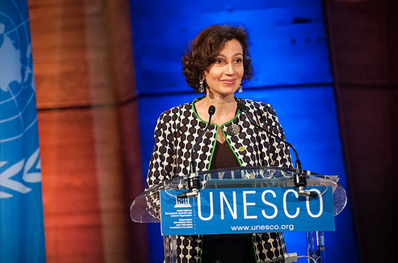 UNESCO this week welcomed delegates including Nobel Laureates, scientists, politicians and senior photonics sector representatives to the first occasion of the International Day of Light (IDL).

Their aim was to celebrate the role light plays in our daily lives. The event followed the highly successful International Year of Light in 2015, after which organiser UNESCO decided to establish this annual event to maintain the momentum of light-related projects designed to benefit communities worldwide.

During the Day of Light, which was centered on UNESCO’s headquarters in Paris – but also involving multiple organisations running light-themed events across the globe, the participants examined how light-based technologies can contribute to meet pressing challenges in diverse areas, such as medicine, education, agriculture and energy.

IDL 2018 was opened by UNESCO’s Director-General Audrey Azoulay, who was joined in the photonics celebrity-rich program by renowned scientists, including: Kip Thorne, 2017 Nobel Prize in Physics, California Institute of Technology (USA); Claude Cohen-Tannoudji, 1997 Nobel Prize in Physics, Collège de France; and Khaled Toukan, Director of the Synchrotron-light for Experimental Science and Applications in the Middle East (SESAME) based in Allan, Jordan.

It’s all about LIGHT!

The IDL programme of keynotes and roundtables addressed many key issues including science policy, humanity’s perception of the universe, and international cooperation, through contributions from experts and scientists from around the world. Associated cultural events included the illumination of UNESCO Headquarters, a photonics science show and an exhibit on the advances of light-based technologies and art. 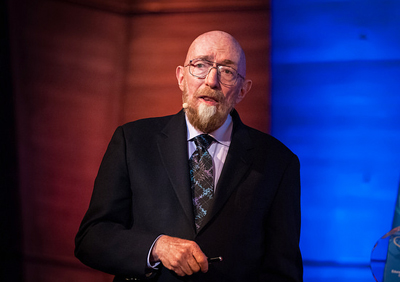 The debates that flourished in 2015, in the framework of the International Year of Light, highlighted the importance of light sciences and light-based technologies in achieving the United Nations Sustainable Development Goals. Several thousand events were held in 147 countries during the Year placed under the auspices of UNESCO.

The proclamation of 16 May as the International Day of Light was supported by UNESCO’s Executive Board following a proposal by Ghana, Mexico, New Zealand and the Russian Federation, and approved by the UNESCO General Conference in November 2017.

SPIE, the international society for optics and photonics, is an IDL Steering Committee member and has been a leader in launching and supporting both the IYL and the IDL. At Wednesday’s Paris event, the organisation explained the significance of the date, making the following statement:

“The IDL will provide an annual focal point for the continued appreciation of the central role that light plays in the lives of the citizens of the world in areas of science, culture and art, education, sustainable development, and in fields as diverse as medicine, communications and energy. The recurring IDL date of May 16 marks the anniversary of the first successful operation of a laser by physicist and engineer Theodore Maiman in 1960.”

New SPIE CEO Kent Rochford, who takes over the organization on June 1st, said, "As early supporters of both the International Year of Light in 2015 and the now-annual International Day, SPIE is proud to continue its support during this year's event. A critical part of the SPIE mission is to advance the science of light and light-based technologies, and draw attention to the many ways in which light improves and enhances our lives on a daily basis." 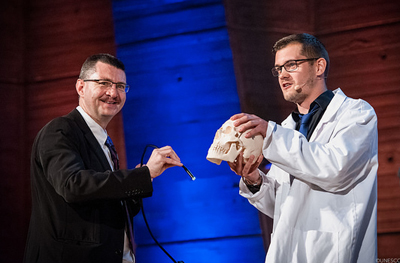 To complement the day’s presentations and activities, SPIE board member Bernard Kress offered an augmented reality/virtual reality demonstration as part of the exhibition alongside displays from the Light Painting World Alliance (LPWA), the Museum of Light, and numerous other exhibits.

And artist Kari Kola created a work of light art titled Day and Night in Paris that will cover the Fontenoy building at UNESCO Headquarters during the event. Both Rochford and outgoing SPIE CEO Eugene Arthurs, who is retiring after 19 years with the organization, participated in the inaugural event.

"The International Day of Light provides us all with the opportunity to promote the importance of optics and photonics to society on May 16 every year," noted IDL 2018 Steering Committee Chairman JohnDudley.

"Achieving the recognition of an International Day proclaimed by UNESCO is a remarkable success, and I'd like to express my personal thanks and appreciation to SPIE for their specific support of this project over many years, as well as their continual efforts in promoting education and humanitarian applications of light-based technologies."