State-of-the-art optical equipment achieves first light at the Canada-France-Hawaii Telescope on the summit of Mauna Kea. 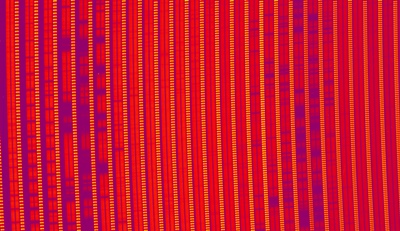 Following a decade of development and four months of intensive tests, a new piece of optical equipment has achieved “first light” at the Canada-France-Hawaii Telescope (CFHT).

Known as “SPIRou” (short for SpectroPolarimètre InfraRouge), the high-resolution spectropolarimeter and high-precision velocimeter is optimized for discovering Earth-like exoplanets orbiting in the habitable zone of relatively nearby red dwarf stars.

The equipment detected its first starlight around a month ago, and has since gathered more than 400 spectra from two-dozen stars, ahead of a large exoplanet-searching survey.

Doppler fluctuations
Funded, designed and built by an international consortium, SPIRou’s first observation was of a star known as AD Leonis, a red dwarf in the constellation Leo that is around 16 light years from Earth.

According to the French Centre National de la Recherche Scientifique (CNRS), a key partner in the work, the high activity of AD Leonis generates “hugely energetic” flares and spectral disturbances that made it an obvious target for the first on-sky tests.

“SPIRou was able to detect and measure the magnetic field present at its surface,” stated CNRS, adding that the equipment had proved itself able to observe both hot and cool stars.

SPIRou is expected to play a key role in future surveys of nearby planetary systems, in coordination with various ground- and space-based instruments, including the James Webb Space Telescope, the European Extremely Large Telescope (ELT), and the recently launched Transiting Exoplanet Survey Satellite (TESS) mission.

One of the most critical components of the system is SPIRou’s state-of-the-art infrared detector. Known as a “Hawaii 4RG (H4RG)”, it was built by Teledyne and features a 4000 x 4000 array of 15 µm pixels.

According to Teledyne, the H4RG is a read-out integrated circuit compatible with both mercury cadmium telluride (MCT) and silicon PIN sensors, for infrared and visible light detection respectively. 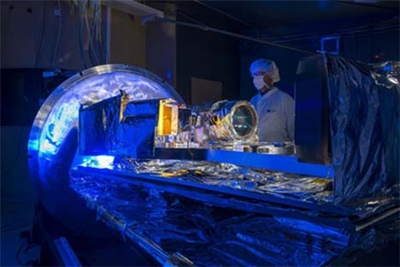 Fluoride fiber
Sensitive in the 1-2.4 µm wavelength range, the SPIRou detector covers the spectral domain in which low-mass stars are brightest. And by measuring spectral polarization, it is able to differentiate between planetary “signatures” and similar signals generated by hot-spots on the host star.

“Preliminary tests show that the detector is of excellent quality,” announced CFHT officials following the initial operations. Among SPIRou’s other key features are a 35-meter fluoride optical fiber that connects the spectropolarimeter with its Cassegrain collection optics.

René Doyon, a co-principal investigator on the project from the University of Montreal’s Institute for Research on Exoplanets, said in a CFHT release: “SPIRou is a unique and very powerful instrument. At the institute…we are all very excited about the fact that it will find the closest habitable worlds from the Earth, the ones we will be able to study in more detail with the James Webb Space Telescope.”

Commenting on the detector element, Doyon noted: “While the pixel count of the SPIRou H4RG is similar to that of consumer cameras, it is very different because it is sensitive to a different kind of light, the infrared. It is the largest detector for infrared light in the world, the first detector of its kind on Mauna Kea - and possibly the only one in the world being used for astronomical research right now.”

CFHT's director of science Daniel Devost added: “A lot of work is still ahead for SPIRou, but we are encouraged by the results of the first commissioning run.”

The upcoming major survey program known as the SPIRou Legacy Survey Planet Search will use SPIRou to make high-precision observations of our closest red dwarfs, searching for evidence of nearby planetary systems.