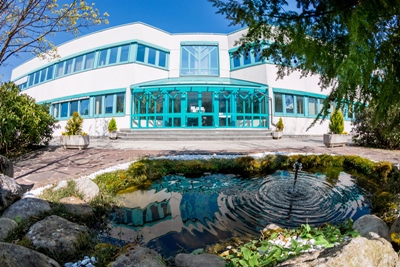 Founded by current managing director Armin Luft back in 1986, Laser 2000 currently employs 65 people. Luft will retain a minority interest in the firm once the deal is closed.

Luft said in a release issued by Gimv: “Optical technologies keep spreading to new industrial applications. We are known for innovation, creativity, quality and superior customer satisfaction in the photonics market for over 30 years, and we intend to keep growing.

“I am delighted that in Gimv we have found a new partner, [that] stands for successful, long-term co-operation, and sustainable value creation in the SME segment. We share the excitement for technologies of the future and we will continue to develop Laser 2000's success story together.”

One Gimv portfolio company that does share some common technology with Laser 2000 is OTN Systems. It specializes in optical open transport networks deployed in industrial settings, including motorways, light rail networks, airports, and other utility infrastructure.

The private equity firm’s Munich-based partner Ronald Bartel, part of Gimv's Smart Industries platform, noted: “As a technology spanning over all major sectors, photonics will put its mark on the 21st century from both a technological and economic perspective, be it in Industry 4.0, autonomous driving, diagnostics, or broadband networks.

“Acting as an independent intermediary between customers and a plethora of suppliers and products, Laser 2000 is ideally positioned to participate in and benefit from this development. The company has what it takes to expand its market leadership – and we look forward to helping it reaching these goals in the future.”