Strategic deal will include promotion of NvisionVLE platform to clinicians worldwide. 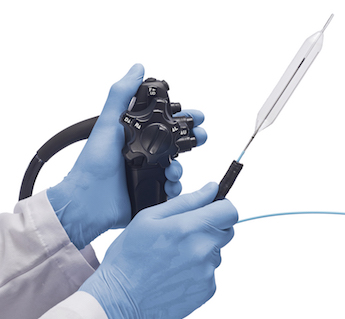 Massachusetts-based NinePoint Medical, a developer of OCT systems for the imaging of soft tissues in the gastrointestinal tract, has announced a strategic partnership with Merit Medical Systems, a manufacturer and marketer of medical devices for several clinical applications.

The deal will include a strategic investment and an exclusive worldwide distribution deal for NinePoint's NvisionVLE OCT imaging system, through Merit's endoscopic division, Merit Medical Endotek.

"We are very excited to form this partnership in order to provide NinePoint Medical’s highly innovative OCT imaging system to our customers and other clinicians around the world," said Merit's CEO Fred Lampropoulos. "Endotek is a market leader in GI solutions, and we share NinePoint Medical’s vision of improving early cancer detection and thereby improving patient outcomes while reducing healthcare costs."

Volumetric laser endomicroscopy (VLE) is a frequency-domain optical coherence tomography technique that could be very valuable for analysis of soft tissues in the GI tract, and for examining pre-cancerous conditions such as Barrett's esophagus, where conventional white light endoscopy suffers from a number of drawbacks.

According to NinePoint, the NvisionVLE system allows clinicians to scan six-centimeter lengths of the esophagus, at imaging depths of around three millimeters and an axial resolution of seven microns. These scans allow real-time diagnosis of surface and subsurface abnormalities, as well as guiding other endoscopic treatments.

Trend towards optical biopsies
Speaking to Optics.org in 2013, NinePoint's then-CEO Charles Carignan commented that the platform's design allowed its optical probe to be retracted within the tip of a balloon catheter, while performing its circumferential sweeps.

"Ours is the only device that uses high-speed Fourier-domain OCT and incorporates rotation and pull-back of the optics, scanning six centimeters of the esophagus in 90 seconds," said Carignan. "It is the only one available for this type of application in soft tissues."

The device also exploits advances in both data handling and processing power, reducing the time-lag between the laser hitting the tissue and the image appearing on-screen for a clinician to around 20 milliseconds, largely due to software improvements and the speed of modern GPUs.

NinePoint sees NvisionVLE as part of the trend towards optical biopsy in clinical scenarios, whereby optical techniques move beyond identification of areas of interest and allow direct treatment of those areas as well. In 2013 Carignan noted that this would require a degree of cultural change within the clinical environment, and the new partnership with Merit Medical Systems provides further impetus to this shift.

Merit Medical recently reported its first-quarter financial results, including a year-on-year rise in revenues of 18 percent, and Lampropoulos mentioned the NinePoint Medical deal to analysts.

"This product line will enhance the product offerings of our Endotek Division and will be another step to adding therapy and disease-state products to our accessories," he said. "The products have 510(k) clearance in the US and NinePoint Medical is preparing an application for CE mark approval. Although sales have previously been limited to the United States due to resource limitations, Merit plans to launch these globally on a measured basis, which we anticipate will strengthen our global Endotek expansion."