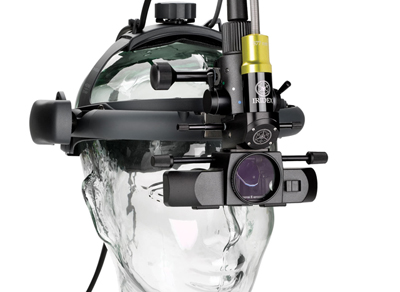 Iridex has reported reduced financial results for the fourth quarter and full year, which ended December 30, 2017. The company, based in Mountain View, Ca, USA, is a developer of laser-based medical systems for the ophthalmology market. Its range, including the proprietary MicroPulse technology, is used for the treatment of glaucoma, diabetic macular edema and other retinal diseases.

Revenue for Q4, 2017 decreased 18% to $10.2 million from $12.5 million in Q4 of the prior year. The company said the decrease was primarily driven by its voluntary recall of its TruFocus LIO (“Laser Indirect Ophthalmoscope”) Premiere, a laser accessory used in both its medical and surgical retina product lines.

On February 23, 2018, Iridex initiated a voluntary recall of a specific laser accessory called the TruFocus LIO Premiere. The LIO is a head-mounted ophthalmoscope that connects to an Iridex laser console and is used to view and perform laser treatments on a patient’s eye. At the time of the recall, there were 104 TruFocus LIO Premiere units at customer sites worldwide.

The company had received reports of three adverse events occurring during procedures in which the TruFocus LIO Premiere was used. These reports stated that “the procedures resulted in patients experiencing permanent damage to the eye, including focal cataracts and iris burns”.

The recall announcement continued, “Customers who have the TruFocus LIO Premiere should stop using it. Iridex is notifying its distributors and customers via FedEx and is arranging for return of all recalled products. Recalled products were manufactured from May 26, 2017 to November 6, 2017 and distributed from June 5, 2017 to January 29, 2018.” Further information about affected part numbers etc. is available here on the Iridex website.

William M. Moore, President and CEO, commented, “Throughout 2017, we made significant progress shifting our target market from retinal disease to glaucoma and from capital equipment sales to a sustainable disposables model.

”In the first half of the year, we invested in infrastructure and process improvements to support our focus on G6 sales. In the second half of the year, we began to see the benefits of those investments, which included a record number of shipments of both G6 systems and probes in the fourth quarter.”

Moore continued, “Our focus in 2018 is to drive G6 probe utilization from our existing G6 system installed base while continuing to expand our installed base worldwide, and to introduce new products that improve the quality, reliability, and manufacturing costs.”

Gross profit for Q4, 2017 was $2.2 million, or 21.2% gross margin, ($5.6 million, or 44.4%, in Q4, 2016). The company stated that the gross margin was “primarily impacted by expenses related to the LIO recall and pricing pressure on its retina products, which offset the benefit from higher margin G6 revenues”. Loss from operations for the fourth quarter of 2017 was $5.2 million, compared to loss from operations of $1.1 million for the same period of the prior year.

Revenue for the year ended December 30, 2017 decreased 10% to $41.6 million from $46.2 million in 2016. The decrease in revenue was primarily driven by lower medical and surgical retina product sales, which were impacted primarily by the LIO recall.

Gross profit for the full year 2017 was $15.5 million, or 37.3% gross margin, compared to $20.8 million, or 45.1% gross margin, for the prior year. Gross margin decreased primarily due to expenses related to the Company’s LIO product recall, unfavorable product and geographic mix changes, lower selling price for its retina products, and an increase in manufacturing variances.

Operating expenses for 2017 were $28.4 million compared to $23.4 million in the prior year. This increase is attributable to investments to support the Company’s commercial infrastructure, including increased sales and marketing expenses. Loss from operations for 2017 was $12.9 million, compared to net loss of $2.6 million in the prior year. Cash and cash equivalents were $21.7 million as of December 30, 2017.