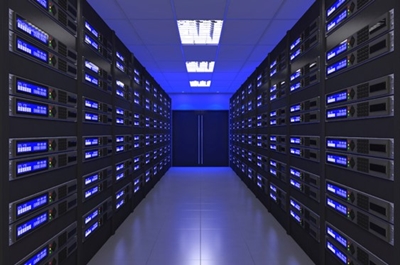 DustPhotonics, a new name in the world of optical communications, has emerged from stealth mode with claims for high-speed, low-cost transceivers aimed at data centers and enterprise networks.

The Modi’in, Israel, company made its debut at this week’s Optical Fiber Communication (OFC) conference and trade show in San Diego, where it has been demonstrating 400 Gb/s capability with its “QSFPDD-SR8” product.

Formally established in early 2017, and with a US office close to Apple’s headquarters in Cupertino, DustPhotonics is led by CEO Ben Rubovitch, CTO Kobi Hasharoni, and VP of engineering Amir Geron.

“DustPhotonics is partnering with data center infrastructure companies across the world to deliver the highest speed short to mid-range optical connectivity,” states the firm, adding that it designs products for all standard optical form factors, at rates of 25 Gb/s up to 400 Gb/s.

It also claims to be currently ramping production of 400 Gb/s QSFPDD-SR8 and OSFP-SR8 transceiver modules.

He and his team say that they have a patented optical system design offering a “simplified, high-performance, scalable manufacturing process” that addresses the industry's on-going search for low-cost optical connectivity matched with high-yielding production.

Quoting accolades from influential industry analysts Roy Rubenstein and Vladimir Kozlov, DustPhotonics says that its product portfolio is based around multi-mode and single-mode devices, incorporating both VCSEL and silicon photonics approaches.

The QSFPDD-SR8 transceiver showcased in San Diego is said to offer up to 100 meters optical transmission over multi-mode fiber via eight 50 Gb/s channels, with a maximum power consumption of just under 7 Watts.

Kozlov, who founded the optical communications market analyst firm LightCounting, says he thinks that the market for 400 Gb/s optical modules will reach $2 billion by 2022 – although that total assumes that technology providers can meet challenging targets for cost and power consumption.

Some estimates suggest that if current growth trends continue, data centers could be consuming as much as one-fifth of global electricity by 2025. In the US, the under-threat ARPA-E has awarded $25 million in grants to nine different projects looking at ways to reduce that consumption, some using silicon photonics.