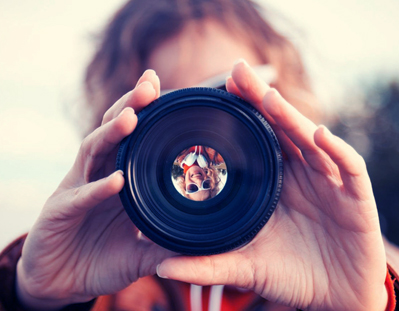 View of the future: commercialization is set for 2019.

Until now, photographers and filmmakers needed to use specialized equipment if they wanted to change the focus area in post-processing or reproduce an object three-dimensionally.

But now Germany-based start-up K-Lens has developed a special lens that can convert any standard camera into a 3D camera.

What began as a research project at the Max Planck Institute for Informatics (MPII) and Saarland University, and was developed further with the help of the startup support agency IT Inkubator, is expected to become available as a commercial product from 2019.

Previously, the capture of depth information was only possible using images or footage from camera arrays or special light field cameras, state the K-Lens developers. Along with the two image dimensions, these also record the direction of incident light rays.

However, photographers and filmmakers had to pay for the advantages – such as extended depth of field, adjustment of focus or blur in post-processing, depth-based segmentation and 3D images – with high acquisition costs and cumbersome work flows.

The Saarbrücken-based K-Lens has developed a special lens of the same name, based on a research project at MPII and Saarland University, which could allow all photographers to benefit from the advantages of 3D technology using their existing 2D equipment. 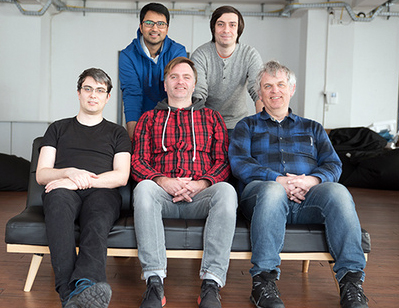 Matthias Schmitz, founder, and CEO of K-Lens, commented, “The innovation of our lens is that it is compatible with today’s technical standards and can, therefore, be used with any camera.

It offers not only complete control over focus and blur, fully automatic segmentation, depth-based segmentation, perspective change and 3D images, but also complete access to the depth planes of the recorded image.”

He added, “So far, there is no lens on the camera market that can match the possibilities of the K-Lens.”

CTO Klaus Illgner commented, “Photos do not have to end up in the digital recycling bin because of focusing errors, a common problem, for example, in macro photography. Image series, as in product photography, can be shot more quickly and image objects can be segmented faster.”

Illgner, an enthusiastic amateur photographer, is responsible for technical development. He said, “New effects, like focus and blur within the same image plane, can also be achieved with the K-Lens. We will also supply the software for achieving these post-processing effects.”

The optics is expected to have a long dimension of 200 mm and a maximum weight of 800g – similar to conventional hand-held zoom lenses. 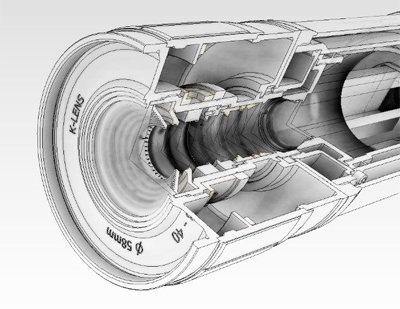 Key element is the “Image Multiplier.”

The core component is the so-called “Image Multiplier,” a system of mirrors that, like a kaleidoscope, produces different perspectives of the same scene, which are then simultaneously projected onto the camera sensor. Software developed by K-Lens then generates the light field image.

Worldwide patent protection has been applied for. After approval in the USA, Matthias Schmitz and the K-Lens team are hoping to receive patent approvals for the other markets during 2018.

Following two years of development work in the IT Inkubator, the five-person team has been funded since October 2017 by the venture capital firm Saarländische Wagnisfinanzierungs GmbH (SWG).

Doris Woll, managing director of the SWG, commented, “New, demanding and attractive jobs will be created here in an innovative technological setting. This is the objective with all of the investments supported by SWG.” At the same time, K-Lens is taking part in a research project developing a commercial light field camera for the professional film industry.