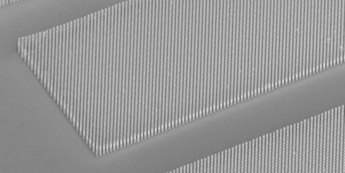 Aledia, the Grenoble-based developer of LEDs for display applications based around a novel nanowire-LED technology, has announced that its Series C financing round has closed and raised €30 million ($36 million) for the company.

Existing investors IKEA Group and Braemar Energy Ventures participated in the latest funding round, along with new investor Intel Capital.

"The opportunity for Aledia’s breakthrough nanowire-LED display technology is huge," said Giorgio Anania, Aledia co-founder and CEO. "Today more than three billion people interface to the internet with mobile displays, and LED technology is expected to be used in a majority of these displays in the next few years. The unique advantages that 3D LED technology delivers position it as the driver of a once-in-a-generation shift."

The company's previous funding round closed in June 2015, with the raising of around €28 million in Series B financing.

Aledia, a spin-out from French research institute CEA-Leti and founded in 2011, is developing a technology in which gallium nitride (GaN) wires are grown vertically on large-diameter 200 mm silicon wafers. When processed, these nanowires can each act as independent isolated emitters, and be grouped into individual pixels of a LED display.

The vertical nanowires form a "3D" structure, rather than the ultra-thin 2D layer of light-emitting elements created during conventional GaN processing, but according to Aledia the new structures can still be produced using low-cost manufacturing operations fully compatible with existing semiconductor foundries.

Two major platforms based on this approach have previously been described by Aledia, termed Nano1 and Nano 2.

Nano 1 is to be brought to market first, for displays of up to 2,000 ppi and 100,000 nits, bringing significant energy efficiency improvements over existing technologies along with higher brightness and a wider color gamut, according to the company. Nano 2, to be introduced subsequently, is described as "a revolutionary platform able to deliver extra-high resolution of up to 5,000ppi and extra-high brightness of 5 to 10 M nits."

Markets for the nanowire-LEDs could include displays for existing mobile devices, as well as smaller displays for augmented reality applications. The company said that the Series C financing would support plans to significantly accelerate the speed of its LED technology development and to acquire critical equipment.

“This financing round and collaboration with Intel reflect this potential and underscores the interest that our 3D nanowire-on-silicon technology is getting in the mobile-display market and from leading global technology-investment firms," said Anania.