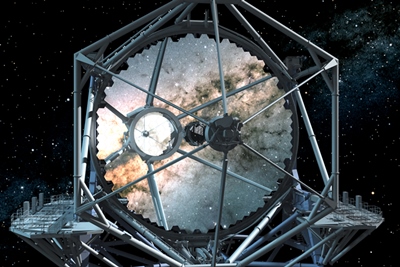 Work to build the giant Thirty Meter Telescope on Mauna Kea could re-start, after Hawaii Supreme Court judges rejected an appeal against a permit being issued for the project.

Text issued by the court stated: “The Supreme Court affirmed the decision of the Board of Land and Natural Resources authorizing issuance of a conservation district use permit (CDUP) for a thirty meter telescope near the summit of Mauna Kea, holding that the Board properly applied the law in analyzing whether the permit should be issued for the telescope.”

Selected back in 2009 close to the summit of the mountain – and near several existing observatories, including the Keck and Subaru telescopes – the site offers a stable upper atmosphere with very little turbulence, critical for using adaptive optics to correct for atmospheric distortions.

Legal wrangle
Construction of TMT, which is based around a 492-segment primary mirror and adaptive optical system, was first halted in 2015 when the Hawaii Supreme Court ruled that the permitting process that issued the CDUP was flawed.

Following local protests against TMT on religious and cultural heritage grounds, the decision also called for a contested case hearing, which got under way in 2016.

That process ended with a July 2017 recommendation by hearings officer Riki May Amano that the CDUP should be re-issued. However, opponents took an appeal against that ruling back to the Hawaii Supreme Court – partly on grounds questioning the impartiality of Amano.

After more than three years of legal wrangling, the Hawaii Supreme Court’s October 30 ruling, by a majority decision, affirmed the issue of a CDUP – rejecting any accusations of bias as unfounded.

In the meantime, TMT’s managers had continued with the development of key equipment needed for the project, drawing up a contingency plan that would have seen the site switched to La Palma in the Canary Islands if the appeal decision had gone against them. 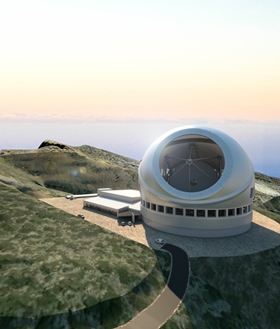 TMT response
Henry Yang, who chairs the TMT’s governing board, said in a statement issued by the observatory in response to the latest ruling:

“On behalf of the TMT International Observatory, we are grateful for the Hawaii State Supreme Court's ruling that will allow TMT to be built on Mauna Kea. We thank all of the community members who contributed their thoughtful views during this entire process.

“We remain committed to being good stewards on the mountain and inclusive of the Hawaiian community. We honor the culture of the islands and its people and do our part to contribute to its future through our ongoing support of education and Hawaii Islands’ young people.

“We are excited to move forward in Hawaii and will continue to respect and follow state and county regulations, as we determine our next steps. We are deeply grateful to our many friends and supporters for their tremendous support over the years.”

TMT officials also said that the next steps will see it move forward with fulfilling numerous conditions and requirements of the CDUP prior to the start of any construction. According to a local media report, opponents are considering whether to take the appeal to the US Supreme Court. A final judgment is also still awaited, as the opinion of the one justice to disagree with the ruling has not yet been published.

Telescope protests
The TMT is far from the only telescope project to have been affected by protests in Hawaii, where the mountains are regarded by many local people as sacred.

Another is the Daniel K. Inouye Solar Telescope (DKIST). Housed inside a 25 meter enclosure and with a 4 m-diameter primary mirror, it is currently being completed at the summit of Maui’s Mount Haleakalā and should become operational next year.

In August 2017, demonstrators unsuccessfully attempted to block the transportation of the primary mirror up the mountain. DKIST managers said at the time that they had made concerted efforts to “identify and mitigate cultural and environmental impacts” associated with the construction – and consulted with local officials and Native Hawaiians throughout the planning and initial construction phases.

The TMT observatory is planned to be built around 600 feet below the summit of Mauna Kea, and in their rejection of the latest appeal the supreme court justices stated that there was no evidence that either the TMT site or its access road were on specific sites of Native Hawaiian cultural practices.

The closest Native Hawaiian stone artefact was 225 feet away from the construction site, they added, also pointing out that some of the cultural activities engaged in at the mountain summit were astronomical in nature.

Local STEM program
The judges also noted that, as part of the agreement to build the TMT, the organization has already provided $2.5 million in the form of grants and scholarships for STEM education aimed at Hawaiian students – plus an additional commitment to provide $1 million annually for the same purpose.

“The TMT project will result in a workforce pipeline program that will lead to a pool of local workers trained in science, engineering, and technical positions available for employment in well-paid occupations,” stated the ruling.

The non-profit international effort is backed by the California Institute of Technology, alongside partners in India, Canada, Japan, and China, and has received significant funding from the Gordon & Betty Moore Foundation.

The project web site's current timeline envisages completion of the telescope enclosure’s base structure in June 2020, initial on-sky tests in 2025, and “first light” in mid-2027.

Once up and running, the observatory is expected to produce images 12 times sharper than the Hubble Space Telescope, yield new discoveries about how the first galaxies and stars were formed, and search for signs of life on exoplanets.