But VDMA warns of 2018 slowdown due to China cooling on mobiles; limiting factors of staff and component shortages.

By Matthew Peach in Stuttgart 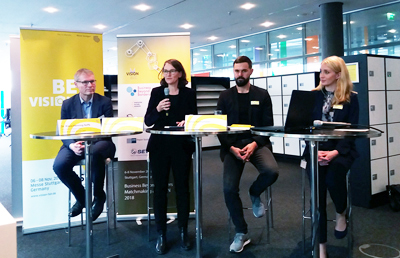 Dr. Klaus-Henning Noffz, CEO of Silicon Software and Chairman of the Executive Committee of the VDMA Machine Vision Association, gave a generally upbeat update on the state of the machine vision industry, with a particular focus on Germany’s activities over the past two years and the VDMA’s expectations of this sector going forward.

The main driver for the 2017 surge, which saw Germany’s own MV sales growth hit a record 17.5%, has been demand from China’s hitherto booming mobile phone manufacturers. However Noffz added that he expected Europe’s MV sales growth to be zero percent for 2018 “because China would no longer be investing so heavily in that sector.” For 2019 Noffz said he expects the industry to “get back on the growth course.”

Then Noffz moved on to what he called a “regrettable subject” – that is, hurdles to further sector market development. He identified two factors that were limiting the MV industry’s growth potential in Germany, which could also apply elsewhere: a shortage of engineers with appropriate skills and training; and a shortage of the right sorts of components, described as “an increasing problem for German machinery manufacturers”.

In a more positive mood, he then considered trends and chances. “Machine vision systems are a key component for Industry 4.0, the modern approach to manufacturing, which embraces virtual-physical systems, IoT, cloud computing and cognitive computing.”

Considering challenges facing MV systems developers Noffz listed standards on the application level, the development of so-called “seeing machines” and new application concepts such as “vision everywhere“, “embedded vision” and one of the pre-announced buzzwords of this edition of the VISION expo: “deep learning” for vision, expected to stimulate further growth.

Bigger than everAmélie Brübach the VISION show organizer from Messe Stuttgart, then gave an update on the state of the event. “This is the leading world trade fair for machine vision with new record figures in 2018 in terms of both the number of international exhibitors and first-time participants,” she said.

“This year, for example, there are 472 exhibitors from 31 countries presenting their products and services, up from 440 in 2016. The proportion of international exhibitors has also now risen to 60 per cent, with main exhibiting countries being USA (44 companies), China (35) and France (27).”

Florian Niethammer, VISION Project Manager, added, “This result clearly reflects the positive development of the machine vision industry. Plus the large number of first-time exhibitors, at 25% of the total, is also an indication of the current dynamism of the MV industry. This fits nicely with our motto this year, which is Be Visionary.”

The matchmaking initiative Business Beyond Borders (BBB), which is cooperating with VISION for the first time in 2018, facilitates cross-border networking of companies within the increasingly internationalised industry. Funded by the European Commission, the measure primarily supports small and medium-sized enterprises and clusters in their search for international business partners and in the development of new markets. 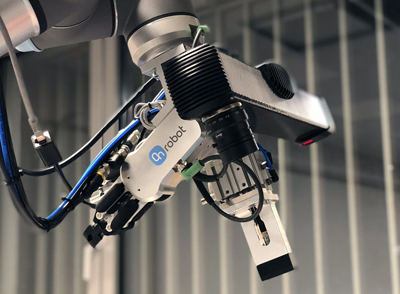 Barbara Weizsäcker, General Secretary of EMECA and the European Exhibition Industry Alliance, explained, "VISION is one of ten trade fairs in strategically relevant future industries, in Europe and worldwide, during which the BBB programme supports participating companies in their internationalisation efforts.

The winner of this year’s VISION Award, presented by Imaging & Machine Vision magazine, was named at the conference as Photoneo. Its new PhoXi 3D Camera is said to be the highest resolution and highest accuracy area based 3D camera available. It is based on Photoneo’s patented technology called Parallel Structured Light implemented by a custom CMOS image sensor.

The developer says this “novel approach” makes it the most efficient technology for high resolution scanning in motion. The key features of Parallel Structured Light include: scanning in a rapid motion – one frame acquisition, 40 m/s motion possible; 10x higher resolution and accuracy with more efficient depth coding technique with per pixel measurement possible; no motion blur resulting from its 10 µs per pixel exposure time; and rapid acquisition of 1068x800 point-clouds and texture up to 60 fps.