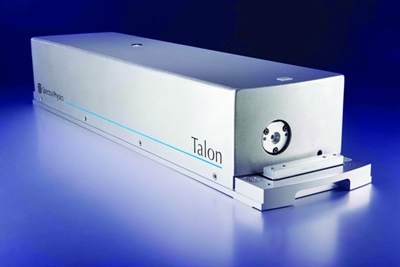 MKS Instruments, the highly diversified Nasdaq-listed technology company, says that its acquisition of photonics specialist Newport two years ago is helping it ride out a slowdown in demand from the semiconductor industry.

Reporting third-quarter sales of $487 million – down from $573 million in the preceding quarter – and warning of a likely further decline to around $440 million in the closing three months of 2018, MKS’ executive team nevertheless remains optimistic of a recovery towards the middle of next year.

Veteran CEO Gerald Colella said: “Despite the recent moderation in the semiconductor market, we are pleased with our strong financial results for the third quarter, reflecting our ability to manage through these cycles.”

Broad portfolio
While MKS’ sales dropped sharply, the firm was still able to post a net income of $93 million in the latest quarter, down from $123 million in Q2.

A major reason why MKS has been able to keep performing well during the current slump is the sheer breadth and depth of its process-related technology portfolio, believe Colella and his team.

That diversification was massively increased through the $980 million acquisition of Newport, and with it key brands like Spectra-Physics, Ophir, New Focus, and Oriel.

Those units now make up the bulk of MKS’ “light and motion” business, which delivered a year-on-year sales increase of 13 per cent in the latest quarter, to $201 million. The parent company’s other reporting unit, its “vacuum and analysis” division, remains the larger of the two but with greater exposure to semiconductor industry swings of demand, its sales fell 7 per cent to $286 million.

The MKS management team also explained that while demand for lasers at the heavier end of materials processing was suffering a slowdown, its pulsed laser products were engaged more at the “fine processing” level, where demand remains robust.

“We haven’t really seen the same impact, in fact we’ve seen more opportunities,” said Colella. “We’ve had several seven-figure wins in the mobile and virtual reality markets, as well as bringing light and motion into the semiconductor market.”

Asked whether tariffs relating to the US-China trade war had impacted business, the CEO said there had been no significant effect – and that, if anything, the MKS business in China was looking healthier.

When questioned on whether the semiconductor slump had “hit bottom” yet, Colella said he could not be definitive, but observed that the market did seem to have stabilized, and that MKS was continuing to make significant investments in its own infrastructure, in expectation of a return to market growth before too long.

“We’re a very conservative company,” noted the CEO. “Things appear to have stabilized but we have to be prepared one way or the other.”

Wrapping up the call, he added: “I’m proud of our swift reaction to market conditions. It means that the company can remain profitable in a downturn better than almost anybody else. We’re confident that our diverse end markets will drive sustainable, profitable growth.”

• On a day that saw the Nasdaq index suffer its largest percentage decline in seven years, MKS Instruments' stock price dipped around 4 per cent following its trading update and conference call. Closing at just over $70 on October 24, the company's market capitalization was close to $3.9 billion.