Results from European consortium could reduce the risk of brain lesions in preterm babies. 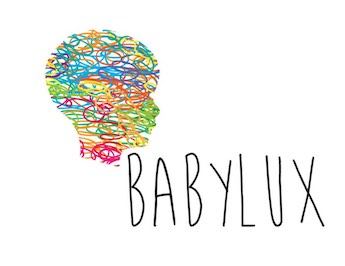 The BabyLux consortium, the European-funded research project developing an optical method to monitor and assess brain blood flow and oxygenation in preterm babies, recently reached the end of its 40-month program and released its preliminary findings.

The project partners, including PicoQuant and Fraunhofer IPT, aimed to reduce the risk of brain lesions and subsequent disabilities in extremely preterm babies, by developing an instrument able to monitor the newborn's cerebral status with a high level of accuracy. Cerebral blood flow plays a critical role in the healthy development of the 13 million preterm births that occur annually.

BabyLux scientific coordinator Alessandro Torricelli of the Politecnico di Milano told Optics.org that the project aimed to counter the drawbacks of existing commercial cerebral oximeters, which offer no direct information on blood flow and whose results can prove hard to quantify.

"The device must be easy to operate by busy clinical staff, and must be ready for integration into a generic neonatal intensive care environment," he commented.

"In BabyLux this is achieved by combining time-resolved near-infrared spectroscopy (TRS) with diffuse correlation spectroscopy (DCS) in a single device. This combination offers a solution based on photonic components that are state-of-the-art but have also already proven their functionality in laboratory tests and in clinical use on adult and neonates."

Both TRS and DCS employ an optical fiber probe to illuminate the baby's scalp with very low power near-IR light, and collect the diffusively re-emitted optical signal after it has propagated through the scalp and skull. This signal carries information about the deeper cortical region, thanks to the different absorption spectra of oxygenated and deoxygenated hemoglobin in the near-IR range, and allows noninvasive monitoring of the two distinct species in the cortical tissue.

"TRS measures the attenuation and the temporal broadening of relatively short light pulses, each of about 100 picoseconds duration, through a diffusive medium," said Torricelli. "It can resolve path-lengths, and effectively time-of-flights, of photons that have propagated through the tissues. This allows it to separate the absorption and scattering coefficients, and make absolute measurements of oxygenation values. Utilizing time-gating of path-lengths means it can emphasize signals from deeper tissues - particularly important for separating intra- and extra-cerebral signals for brain monitoring."

DCS observes the intensity fluctuations of scattered light caused by the motion of red blood cells through blood vessels, providing a direct measurement of the blood flow taking place in the cerebral region.

Accurate and robust
"Combining these two specific techniques allows cerebral oxygen metabolism and cerebral blood flow to be assessed simultaneously and independently," Torricelli commented. "The results are based on absolute measurements of optical parameters, which improves their accuracy, and are potentially less affected by artifacts related to superficial systemic activity or movements of either the sensor or the baby's head."

Trials of the BabyLux device involved the installation of two devices in neonatology units in Copenhagen and Milan, for use by clinical doctors for at least six months, with minimal support from developers. More than 60 neonates were enrolled in the validation study.

The results showed that the BabyLux device not only delivered simultaneous, continuous measurements of tissue oxygenation and blood flow index, but also confirmed the potential advantages over existing approaches.

Moving the optode from one site on the baby's head to another produced a variability in tissue oxygenation results of less than 5 percent, said to be better than the difference shown in similar circumstances by commercial devices based on other technologies. The variability in blood flow index was between 15 and 25 percent, comparable to measurements made with Doppler ultrasound techniques.

With the initial BabyLux investigation now over, Torricelli said that future developments for the new platform could include modifications to the system's data handling procedures, as well as a move towards CE certification.

"The majority of R&D solutions to this particular challenge proposed by research groups have stopped at the level of pre-prototypes, and produced devices which then required experienced researchers for their operation," he said.

"The BabyLux project was an opportunity to extend already tested prototypes to the level of demonstrator, bridging the gap between research products and commercialization. The hope is to have this instrument on the market in a few years, to provide neonatologists and hospitals with a tool to closely monitor the health of premature babies.”