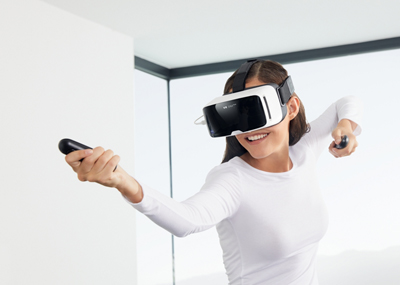 Zeiss, a developer of diverse optics and optoelectronics technologies, has announced the launch of the VR One Connect. This photonics-based system enables interactive gaming using a mobile VR headset. It is compatible with SteamVR, a virtual reality system, with a headset built by Valve and partner HTC, meaning that a large number of VR games are available for this platform.

Zeiss commented that its VR ONE Connect system, “bridges the gap between PC-connected VR gaming and mobile VR by connecting the smartphone in the mobile VR headset to a gaming PC.”

The system allows users to connect and play games through SteamVR, which currently has roughly 300,000 users. Zeiss added, “VR One Connect allows more interactive gaming possibilities than ever before through a mobile VR headset. The product can also be used with iOS and Android smartphones.”

Franz Troppenhagen, senior product manager, said, "This mobile solution is unparalleled in the VR space.Now users can have access to games on SteamVR at a fraction of the cost of traditional desktop-enabled systems, as well as having access to traditional mobile VR apps and 360 video content.”

To operate the VR One Connect, a smartphone is placed inside the headset; a USB cable connects the smartphone to a VR-compatible computer, allowing the use of games and other content on the SteamVR platform. The two wireless 3DoF (degrees of freedom) controllers and the smartphone are then linked via Bluetooth. Built-in sensors in the controllers, together with the three sensors of the smartphone, enable intuitive interaction with the VR environment.

Dave Hodgson, North America sales representative for Zeiss, commented, “The market demands that we make VR available to the public, which means providing entry-level solutions based on smartphones so that everyone can have access to this technology.

“Our approach demonstrates that this is feasible, without compromising interactive gaming VR capabilities. Zeiss VR ONE Connect will further democratize the VR industry.”