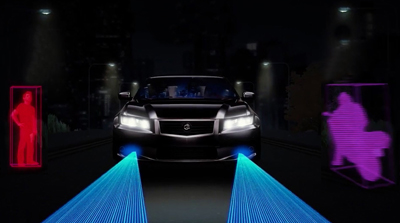 Innoviz Technologies, a developer of LiDAR sensing solutions for the mass commercialization of autonomous vehicles, has raised $65 million in Series B funding as its LiDAR solution enters mass-production.

Strategic partners and global leaders in automated driving solutions Innoviz Technologies and Magna International participated in the round, along with additional new investors including 360 Capital Partners, Glory Ventures, Naver and others.

All Series A investors, including Zohar Zisapel, Vertex Venture Capital, Magma Venture Partners, Amiti Ventures and Delek Motors, participated in the latest funding round. A second closing of this round is expected to be announced soon, introducing additional new investors.

Omer Keilaf, co-founder and CEO of Innoviz, commented, “Today’s financing from strategic partners such as Magna and Delphi is further proof that we have moved into the next phase of our growth. With their joint efforts, we will be able to scale more quickly and put autonomous driving technology on the road much more quickly.”

The company’s solid-state design is smaller, more reliable and more durable than existing LiDAR solutions, the company claims. InnovizPro, a development platform designed to provide auto manufacturers, Tier 1 suppliers and technology companies with the most advanced LiDAR available for testing and development, will be available from Q1 of 2018. Samples of InnovizOne, the company’s automotive grade LiDAR device for levels 3 - 5 autonomous driving, will be available in 2019.

With over 75 employees today, the Kfar Saba, Israel-based company has grown quickly since its inception in January 2016 and has achieved a number of significant milestones. Founded by former members of the elite technological unit of the Israeli Defense Forces, Innoviz landed a $9 million Series A round in February 2016, and just a few months later revealed its first prototype.

Innoviz’s precise sensing technology enables it to provide a superior algorithmic layer that uses deep learning to turn 3D vision into critical driving insights. By providing advanced software solutions in areas such as HD mapping and SLAM (Simultaneous Localization And Mapping), the company is able to deliver the superior object detection and classification necessary to move the industry towards mass commercialization.

“While other LiDAR companies remain in the R&D stage, Innoviz is moving into mass production with LiDAR technology that delivers superior performance and affordability in a compact and reliable design,” said Zohar Zisapel, Investor, Co-Founder and Chairman of the Board at Innoviz

The funding will enable Innoviz to take its technology to mass production while scaling its computer vision activity, forging new strategic collaborations, and penetrating new areas of development. The company will also hire aggressively to fill positions in engineering, design, sales and other key functions, as well as open new support offices in important regions.