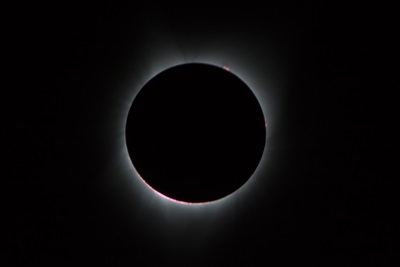 An infrared camera designed specifically for viewing the sun’s corona was able to capture data on board a Gulfstream jet during yesterday’s solar eclipse.

The camera, based around an indium antimonide (InSb) focal plane to access coronal emission lines in the mid-infrared spectral region, was designed by the Santa Barbara-based Heico subsidiary IRCameras.

It formed a critical part of the Airborne Infrared Spectrometer (AIR-Spec), built by a collaboration involving scientists and engineers from the Smithsonian Astrophysical Observatory (SAO) and the US National Center for Atmospheric Research (NCAR) High-Altitude Observatory (HAO).

Above the water vapor
Flying over Kentucky at close to 50,000 feet to avoid most of the absorbing interference caused by atmospheric water vapor, AIR-Spec also featured an elaborate image stabilization system to counteract the effect of flying at 450 knots. The adapted jet “chased” the eclipse, extending the period of totality experienced on board to four minutes and providing more time to capture data.

“For the first time, AIR-Spec allowed measurements of the solar corona in the infrared spectrum, thereby increasing our understanding of various phenomena including solar wind and plasma heating and acceleration,” reported IRCameras.

It is hoped that the images and data captured by the AIR-Spec instrument will shed some light on many of the mysteries of the solar corona – like why it seems to be hotter than the sun itself, the nature of giant plasma eruptions, and the connection with magnetic effects.

The InSb sensor that forms the focal plane array is able to detect photons in the 1-5.3 µm wavelength range, covering coronal emission lines that should yield a better insight into the workings of the sun.

“Although high-resolution, high-sensitivity coronal imaging spectroscopy has never been performed between 1.4 and 4 µm, this spectral region has great potential for coronal plasma diagnostics, for coronal hole spectroscopy, and as a path finder for observations of coronal magnetic fields,” explained the team in an abstract describing the project posted on the National Science Foundation (NSF) web site.

“The 2017 eclipse provides a unique opportunity to survey these lines, and AIR-Spec observations can help provide guidance for future ground-based infrared observations.” 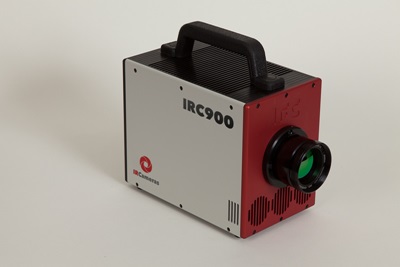 Gyroscope stabilization
Reporting their progress during last year’s SPIE Astronomical Telescopes and Instrumentation conference held in Edinburgh, UK, the team said that AIR-Spec was groundbreaking in two respects: “it will image infrared coronal emission lines that have never been measured, and it will bring high-resolution imaging to GV HIAPER (NCAR’s Gulfstream airplane that has been adapted for environmental research).”

As well as the image stabilization system, the AIR-Spec design takes advantage of a sapphire window in the jet, and uses a Cassegrain telescope in combination with a camera fold mirror, bandpass filters and a grating that directs the infrared light onto the 1280 x 1024 pixel InSb sensor.

The image stabilization system is based around a fast-steering mirror, which switches position according to the feedback received from a 3-axis fiber-optic gyroscope, directing the coronal light onto the telescope and into a slit-jaw camera.

Just how successful yesterday’s mission was remains to be seen, but completion of the development program means that NCAR now has a stable instrument that is certified and available for other teams to fly on the Gulfstream for future research missions – for example the 2019 total solar eclipse that will traverse the southern Pacific.

The initial response seems to be positive, with Heico’s CEO Laurans Mendelson and the company’s “co-president” Victor Mendelson, jointly stating: “Heico congratulates the entire AIR-Spec team on the mission's success and their leading-edge research. We also congratulate the entire IRCameras team for their role in the mission.”