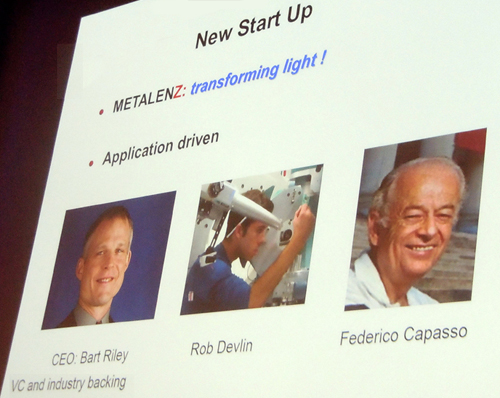 Metasurfaces are a suitable platform for designing so-called “flat optics”.

The conferences run through until 29 June at the ICC, adjacent to the Messe. The AR/VR demonstrations are taking place at the H4 Hotel, just across the lake outside of the Munich Messe.

Federico Capasso, the Robert Wallace Professor of Applied Physics at Harvard University and the inventor in 1994 of the quantum cascade laser, today presented the SPIE plenary talk on metasurface diffractive optics.

Professor Capasso said that metasurfaces have emerged in the recent years as a suitable platform for designing subwavelength-thick optical components (also called “flat optics”), which can enable any optical function from beam deflection to focusing.

“These flat optical components can be fabricated using a single lithographic step. The approach is particularly suited for patterning nonconventional substrates, such as semiconductor laser facets and optical fiber facets,” he said.

He listed several benefits of optical metasufaces: “fabrication is quite simple and with one mask it is cost-effective; the devices are compact and lightweight with good potential for vertical integration. And they overcome the limitations of conventional optics with minimal aberrations and multifunctionality.”

At the close of his presentation, Professor Capasso announced a new startup, called Metalenz – with the slogan “transforming light”; key executives CEO Bart Riley, Rob Devlin and himself and the relevant presentation slide also mentioned “VC and industry backing”.

SPIE Digital Optical Technologies conference chair Bernard Kress, of Microsoft, has organized demonstrations of AR, VR, and MR headsets from Microsoft, Oculus, HTC, and Sony, the first demonstration available to the public of multiple advanced headsets in a single location. Attendees of SPIE Digital Optical Technologies and SPIE Optical Metrology can participate in the 26-28 June sessions.

Attendees to the AR/VR demonstrations have the opportunity to learn about these new immersive developments and try on the headsets to experience virtual rollercoaster rides, deep sea diving, car racing and a range of head-spinning entertainments. 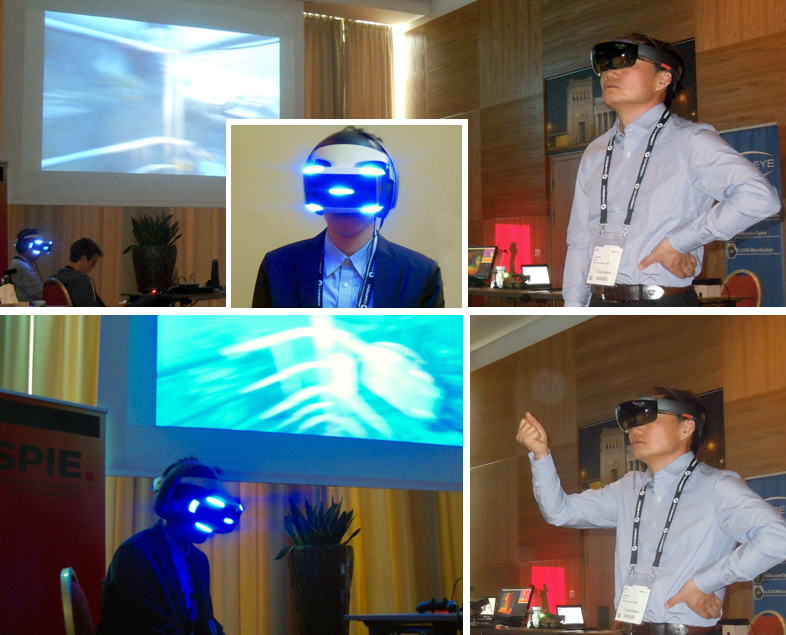 "Toto, I've a feeling we're not in Munich anymore."