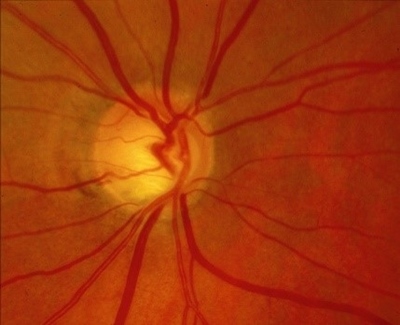 Belkin Laser, a spin-out from the Ophthalmic Technologies Laboratory at Tel Aviv University, has reportedly attracted $2.5 million in venture finance to help it commercialize a new laser treatment for glaucoma intended to replace current eye-drop therapy.

The financial backers include Singapore-headquartered Zicom Holdings, which confirmed its $1 million investment in February, and China’s Rimonci Capital.

Belkin, named after biotechnology professor and serial entrepreneur Michael Belkin, is working on a high-speed therapy that it says could revolutionize access to effective treatment of glaucoma - one of the leading causes of blindness worldwide.

European project
According to a report published by the Israeli business magazine Globes, the $5 million total backing for Belkin includes $2.5 million from the “GLAUrious” project, funded by the European Commission as part of the wider Horizon 2020 innovation scheme.

The official Cordis entry for GLAUrious indicates that Belkin is receiving €1.3 million as a participant in the project, which is co-ordinated by Queen’s University of Belfast in the UK and includes SMEs in Italy, Germany and Belgium. It started last year and is scheduled to continue until February 2019 with an overall budget of €3.3 million.

According to the Cordis web site, the project is promoting what has been called the External Automatic Glaucoma Laser (EAGLE) device, with the goal of providing “accessible first-line treatment” for glaucoma.

Glaucoma causes progressive degeneration of the optic nerve, ultimately leading to tunnel vision and blindness if it is not treated. However, diagnosing the condition in its early stages is difficult, as symptoms only become evident once the disease has progressed to a relatively advanced stage.

“Current first-line treatment requires daily eye drops, a strict regimen causing 50 per cent patient dropout after one year,” it adds. “Laser treatment for glaucoma has been in use for many years. Its effect lasts for 2−5 years and is repeatable. This traditional 10-minute procedure, involving contact with the patient’s eye, requires the expertise of glaucoma specialists. Consequently, costs are high and accessibility to the general population is low.”

Primary treatment goal
In contrast, the automated EAGLE procedure is said to be non-invasive, non-contact, painless and user friendly – with a treatment time of only one second. “This revolutionary, cost-effective device could be safely used by the world’s 212,000 ophthalmologists, thus becoming a primary treatment for glaucoma, overcoming serious problems of eye drop non-compliance and effectively preventing disease deterioration,” state the project partners.

Under GLAUrious, those partners are looking to commercialize the EAGLE device by securing clinical prototype validation, streamlining commercial production, optimizing component costs, disseminating the system to key opinion leaders and distributors, and refining a commercial strategy.

“Validation of EAGLE will allow its commercialization within three years of project initiation, enabling penetration of the ophthalmic market and boosting of the industrial consortium partners,” predicts the team.

According to Globes, Belkin Laser was founded in 2013 at the RAD Biomed accelerator, under a license agreement from the Chaim Sheba Medical Center and Tel Aviv University, and has already carried out early clinical trials in Israel.

The EAGLE product is said to be based on an invention by Michael Belkin, now the company's medical officer and also the inventor of “Ex-Press”, a glaucoma treatment option that was acquired by Alcon for $180 million in 2009.

The new treatment delivers laser energy to the aqueous humor drainage area of the eye, but rather than targeting that region directly, it can be delivered via the white “sclera” region, without the need for a lens.

Asia-Pacific connection
Ziv Karni, previously the CEO of Alma Lasers before was acquired in 2013 for $240 million, is one of the Belkin co-founders. Belkin Laser CEO Daria Lemann-Bluementhal says that the capital raised in the latest financing round should see the EAGLE approach advanced to the point that where it is able to replace early-stage eye-drop treatment.

Investor Zicom said in February that the $1 million investment would exploit its existing presence in the Asia-Pacific region, to carry out more trials and secure regulatory approvals there.

The Singapore venture group describes its investment as part of a wider strategy to expand into new technologies in the medical sector. However, Zicom has also just issued a profit warning for the year ending June 2017, and now says that it is considering a series of spin-offs - possibly through some public listings - to raise more funding and scale its technology investments.

“The process is at an early exploratory stage and the outcomes are speculative,” wrote Zicom Group chairman G L Sim in a letter to the Australian stock exchange, where it is listed. “There is no certainty that any spin-off or realization of value will ultimately occur either at all, or on acceptable commercial terms, or as to the timing of any such realisation.”