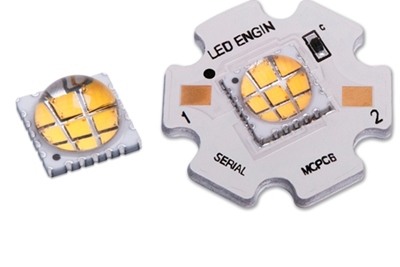 Based in San Jose, LED Engin already sources most of the LED chips used in its products from Osram’s Opto Semiconductors subsidiary – which has an office in nearby Sunnyvale. Although the acquisition price was not disclosed, Osram said that LED Engin’s current annual sales amounted to around $10 million.

They include relatively advanced approaches such as “tunable” white lighting to alter the correlated color temperature (CCT) of home or office lighting, according to the time of day or other environmental conditions.

The San Jose firm will be integrated into the professional and industrial applications section of the Schwabe-led unit.

LED Engin’s expertise in UV lighting complements an area that Osram is looking to develop and expand commercially, partly through its involvement in a research project called “UNIQUE” that is being funded by the Bavarian Ministry for Economic Affairs, Media, Energy and Technology, and partly through a licensing deal with US-based materials firm Hexatech.

Last month, Osram Opto Semiconductors said that the UNIQUE project was focused on the development of 260-280 nm emitters in the deep-UV spectrum – significantly shorter wavelengths than those used by LED Engin for printing and curing – for emerging applications in industrial disinfection.

While the Osram division is focused on the deep-UV LED processing side for the UNIQUE project, glass and optics company Schott is developing a vacuum-tight package needed to protect the chips.

Venture history
Founded back in 2004, LED Engin emerged from “stealth” mode two years later, with the launch of what it said at the time were “the world's first ultra-small 10 W and 15 W LED emitters” among 24 new products.

In January 2013, the company announced that it had raised $12 million in a series E financing round that included backing from China’s CEC Capital Management – an affiliate of China Electronics Corporation.

Among the company’s earlier venture backers were NGP Energy Technology Partners, the WK Technology Fund, Partech International, Horizon Ventures, and Eyon Group, with LED Engin closing an $11 million series C round in October 2007, followed by a series D round for an undisclosed total in July 2010.

LED Engin’s CEO David Tahmassebi, who has led operations at the company since October 2006, said of the Osram deal: “We are excited to join Osram and look forward to expanding our product portfolio and customer reach while continuing to serve our existing valued customers with additional resources.”