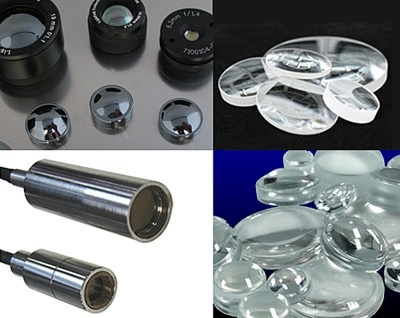 The volume deal will see Renishaw use the components in its “RESOLUTE” optical encoder products, metrology systems that are widely deployed on industrial production lines for applications including flat-panel display (FPD) manufacture.

It comes just a couple of months after LightPath completed its $18 million acquisition of New York infrared component firm ISP Optics – one that the company believes will prove to be “transformative” in the long run.

Optimal balance
LightPath says that its own engineers collaborated with counterparts at Renishaw to achieve the “optimal balance” of performance and cost for the encoder application.

“LightPath's advanced precision glass molding expertise, along with proprietary coating design and technologies, enable a repeatable process that is scalable to high-volume production and has created a product like no other,” states the company.

Jim Gaynor, the LightPath CEO, pointed out how the Renishaw contract was borne from an ongoing partnership with its distribution partner AMS Technologies, saying:

“AMS Technologies, as Europe's leading solution provider and distributor for optical, power, and thermal management technologies, has joined forces with LightPath for its advanced precision molded optical lens capabilities to develop mass market and proprietary products for Renishaw and other international customers.”

Gaynor added that the Renishaw deal represents the second large-scale project award to be won by LightPath within the past year, which he says demonstrates the successful implementation of a commercial strategy based around the molded lens technology.

In essence, that means replacing turned or ground-and-polished optics – which are more expensive to fabricate – with those made using the molded approach.

Crystal growth expertise
However, the ISP acquisition gives LightPath the capability to offer both approaches, and the CEO told investors in February: “In some [optical] assemblies, you have the opportunity to combine molded and turned [optics], thereby probably offering an increased value to the customer.”

The expansion means that LightPath now employs close to 300 people, split across its US sites in Orlando and New York, as well as in Riga, Latvia, and in China.

Since completing the ISP deal with an accompanying public offering of stock, LightPath’s share price had been rising in value steadily – while news of the Renishaw contract sent it up around 8 per cent in early trading on April 6.

Renishaw’s “RESOLUTE” product is a fine-pitch optical encoder system that is said to “break new ground” in position feedback. It is capable of remarkable 1 nanometer resolution and speeds of up to 100 m/s for linear systems, and 32-bit resolution up to 36,000 revolutions per minute for rotary systems.

• LightPath Technologies is one of hundreds of photonics industry exhibitors taking part in SPIE's Defense and Commercial Sensing (DCS) event in Anaheim, California, next week.

It will be showing off new capabilities including thermal imaging assemblies and chalcogenide glass optics for use with quantum cascade lases (QCLs) at the show.