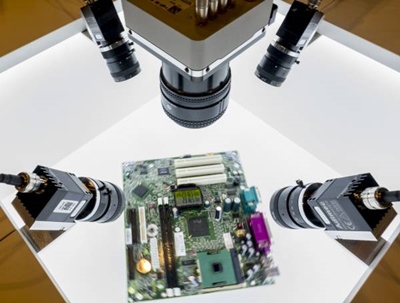 The latest of several recent acquisitions by the fast-growing Cognex, the deal was completed on April 4. ViDi claims to be the commercializing the first such software solution to be dedicated to machine vision applications.

Deep learning
According to the two companies, the “deep learning” algorithmic approach developed by ViDi founder Reto Wyss and colleagues uses AI techniques to improve image analysis in applications where it is difficult to predict the full range of image variations that might be encountered.

Using feedback loops, the software is said to be able to “train” the system to distinguish between acceptable variations in images and genuine defects.

Cognex CEO Robert Willett said in a company announcement: “The ViDi team is at the forefront of applying deep learning techniques to the real-world challenges of industrial machine vision.

“We are excited to bring this expertise to Cognex to broaden the scope of applications that can be addressed at a world-class level with Cognex vision.”

The deal sees Wyss and his engineering team become part of Cognex’s “vision products” business unit, where the software will be integrated into Cognex products and further developed.

While specific transaction terms were not released, Cognex said that the deal would likely have no material impact on its financial results for the next couple of years.

CSEM pedigree
Based in Villaz-St.-Pierre, near the high-tech cluster region of Neuchâtel, ViDi Systems was co-founded in 2012 by Wyss, a computational neuroscientist by training who spent six years as a senior research engineer at the Centre Suisse d’Electronique et de Microtechnique (CSEM) following post-doctoral work at Caltech.

He started the company in collaboration with the CPA Group, a Swiss industrial holding company and business incubator. Cognex says that it will maintain ViDi’s operations at the company’s current site in Switzerland.

ViDi says that it has field-tested its “ViDi Suite” software successfully in applications including pharmaceuticals, textiles, printing, logistics and the Swiss specialty area of watchmaking.

Last year the software was one of five technologies short-listed for the “Vision Award” at the agenda-setting VISION Show held in Stuttgart, Germany.

“ViDi Suite enables computers, machines and robots to understand images so that they can meaningfully interact with the real world,” said the Swiss firm at the time. “It bridges the gap by allowing machine vision companies across multiple industries to create ground-breaking inspection systems [able] to tackle otherwise impossible-to-program [challenges].”

Those include both functional and aesthetic anomalies for inspection and classification.

Cognex, whose sales topped half a billion dollars for the first time in 2016, is one of the biggest systems companies in the machine vision sector, and is also highly profitable.

Its strong cash generation has enabled the firm to stack up hundreds of millions of dollars to support acquisitions and further expansion. Over the past year Cognex acquired no fewer than three smaller firms specializing in 3D vision technology, as well as another focused on barcode verification.