Strategic plan to double revenues inside five years will be aided by recent addition of UK-based Laser Quantum. 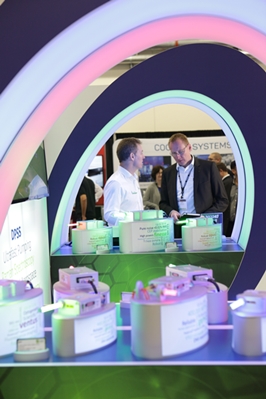 Laser and precision motion applications in DNA sequencing, robotic surgery and warehouse automation are among the key targets for Novanta as it sets about doubling its 2015 annual revenues by 2020.

The Massachusetts-headquartered company, formerly GSI Group, has just announced total sales of $385 million for 2016 – up 2 per cent on the total for the previous year. However, the like-for-like rise in revenues in the closing quarter was closer to 10 per cent year-on-year, with CEO Matthijs Glastra expecting a strong 2017.

"We are very proud of our accomplishments in 2016, and how we finished off the year," he told investors, noting a period of significant change in terms of company branding and leadership – Glastra took over as CEO from John Roush last August.

At first glance bottom-line performance in 2016 didn’t look quite so rosy, with net income of $22 million for the full year down from $35.6 million in 2015. However, that 2015 figure was heavily skewed by a $19.6 million one-time gain from the sale of the JK Lasers business to Trumpf.

2020 target: photonics key
Glastra and his executive team have set themselves a target of doubling annual revenues from the 2015 benchmark to $750 million by 2020. They expect to achieve around one-third of that increase through growing organic sales, and the rest through acquisitions.

Central to the growth strategy is photonics, one of Novanta’s three business units, as well as precision motion. “We combine deep expertise at the intersection of photonics and motion to solve complex technical challenges,” is how the company puts it.

In 2016, its photonics division – comprising the Cambridge Technology, Lincoln Laser, ExoTec Precision, and Synrad brands – generated revenues of $174 million, up 7 per cent on the 2015 total despite some supply constraints and representing the wider company’s largest divisional unit.

This year, its growth will be bolstered by the addition of revenues from UK-based Laser Quantum, after Novanta upped its equity in the subsidiary from 41 per cent to 76 per cent in January. In particular, the deal increases Novanta’s exposure to the fast-growing area of DNA sequencing.

“Laser Quantum brings to Novanta a leadership position in photonic solutions in the attractive DNA sequencing and biophotonics markets,” Glastra told an investor conference call to discuss the latest results.

“We have reported earlier that DNA sequencing is an attractive segment within our target life science and clinical lab markets, and represents a market in which we expect to grow double-digit for the foreseeable future,” added the CEO. “We see a good opportunity to help expand Laser Quantum’s presence with existing Novanta customers.”

Despite the general shift away from carbon dioxide lasers and towards fiber sources in industrial applications, the CEO said that Novanta’s Synrad business line reported double-digit bookings and revenue growth year-over-year for “medium-power” CO2 lasers.

Galvanometer scanning specialist Cambridge Technology also delivered double-digit revenue growth in 2016, but was supply-constrained in the final quarter of the year.

For Novanta’s overall photonics business, design-wins in the year were said to be up more than 20 per cent on the 2015 figure, with new product revenue doubling over the same period.

Expanding on the opportunities in biophotonics, Glastra said that as well as a “very strong” position in the relatively consolidated DNA market, Laser Quantum enjoyed an increasing presence in other biophotonics applications.

“And we feel that with the Novanta sales forces, we can actually help them to diversify into those of our customers where actually Novanta has a strong presence,” he added. “The combination of their technology and our market strength we feel is very good.”

Cash generation
Laser Quantum’s gross margins are said to be higher than the wider company’s current average, which should help boost bottom-line profitability, while the shrinking rate of corporation tax in the UK will help add to Novanta’s overall cash generation.

According to Novanta’s latest “10-K” filing with the US Securities & Exchange Commission (SEC), Laser Quantum posted a net income of $5.4 million on sales of $23.5 million in 2016. That sales total represented a fall from $25.6 million in 2015 – although the impact of currency exchange rates will have been significant here.

Looking forward to the rest of 2017, Novanta’s executive team said that they expected to post annual revenues of between $430 million and $435 million.

If correct, that would represent annual growth of 12 per cent – and a significant first step towards the 2020 target of $750 million.