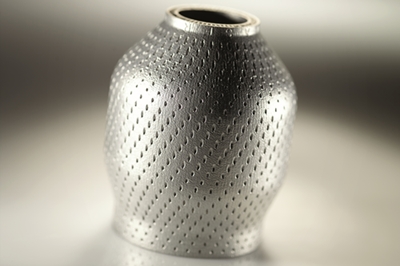 Concept Laser, the Germany-headquartered laser additive manufacturing systems company that recently became part of General Electric, says that the US Naval Research Laboratory has bought one of its 3D metal printers for rapid prototyping and materials research.

Said to represent the lab’s very first purchase of a laser powder-bed metals machine, the “M2 cusing” kit will be used to produce stainless steel components.

Charles Rohde from the Naval lab’s acoustics division said in a Concept Laser release: “We require a wide range of additive manufacturing capabilities, ranging from quality monitoring to process parameter development, and need an architecture conducive to that research and development effort.”

John Murray, CEO of Concept Laser’s US division, added: “There are so many advantages of 3D metal printing that our defense strategy could benefit from, including reduced lead time, less material waste, and printing complex geometries with no required assembly.

“NRL has a history of over 90 years of innovation in naval power and we look forward to hear how they will use 3D metal printing to break boundaries.”

Jet engine nozzles
Aircraft engine provider GE Aviation completed its purchase of a 75 per cent share in Concept Laser for $600 million in late 2016 having initially announced the deal in October after a prior agreement to buy SLM Solutions fell through.

Parent company GE is investing heavily in additive technology as both a technology provider and user, saying that it sees the approach as “transformative” for the manufacturing sector. One key additive application is in the production of metal fuel nozzles that are used in new “LEAP” aircraft engines developed by GE Aviation in collaboration with French engineering giant Safran.

The LEAP engines are already powering 20 Airbus A320 “neo” planes flown by six airlines, with 77 of the new engines delivered last year and hundreds more now on order.

GE has now set up a standalone “GE Additive” business division, which is working with GE Capital to offer a wider range of financing options for customers interested in acquiring 3D printing machines.

“By partnering with GE Capital, we’re now able to democratize additive manufacturing, making it easier for businesses to buy additive machines, fostering their competitiveness and accelerating the adoption rate. We’re excited to be part of the additive revolution.”

Nevertheless, its CEO Vyomesh Joshi reported: “Continued demand for our production printers and materials reaffirms our belief that our industry is at an inflection point in the transition from prototyping to production."

But with 2017 annual sales growth projected to be only around 5 per cent, markets appeared to react negatively to the results and outlook, sending the Rock Hill, South Carolina, company’s stock down by around 10 per cent in the process.