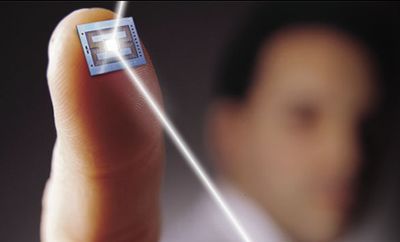 MicroVision is investing in its PicoP scanning technology for new roles “beyond projection”.

MicroVision, a developer of ultra-miniature projection display and sensing technology, has announced its 2016 operating and financial results and an overview of its 2017 business objectives.

The company has invested in internal development of its PicoP scanning technology for new applications that the company describes as being “beyond projection”. MicroVision also announced plans to begin selling laser beam scanning (LBS) engines in 2017 based on its 2016 research and development efforts.

The company’s financial results announcement contained further information on its LBS ambitions: “These scanning engines are targeted to a wide variety of OEM and ODM customers for multiple applications, and they are planned to consist of the following...” 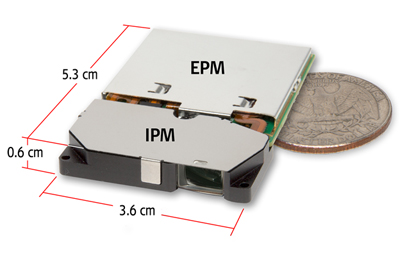 Pico-projector is suited to applications in smart phones, portable media players and tablets.

In November 2016, MicroVision announced a co-marketing agreement with STMicroelectronics , targeting the joint sales and promotion of MEMS, mirror-based LBS solutions for applications such as pico-projection, augmented and virtual reality, 3D sensing, and ADAS. MicroVision had demonstration systems in ST’s customer suites at CES 2017 in Las Vegas in January and on the show floor in ST’s booth at Mobile World Congress 2017 in Barcelona, February 27-March 2.

MicroVision commented that it “anticipates another year of significant growth in 2017”. The company expects that revenue from its planned LBS engines will be in the range of $30 million to $60 million in the 12 to 18 months following the first, expected in Q2 2017.

The company also noted that a recent report from Juniper Research, Smart Home Markets: Entertainment, Monitoring, Automation, Health, Metering, Appliances 2017-2021, forecast that these sectors are together projected to drive overall market revenues from $83 billion in 2017 to $195 billion by 2021. MicroVision commented, “This growing market for smart home devices is an example of a new product category that we believe the company can benefit from with our LBS engine line.”

The growing markets of biosensing, speech recognition, movement-mapping and space perception will give a significant boost to the market prospects of VR technologies, according to a new report by market analyst comapny Frost & Sullivan’s TechVision Team.

Published on March 7th, the report’s executive summary states, “The rapid growth of the virtual reality market is attracting substantial private and federal investments to innovative start-ups, mostly in the areas of video, services and solutions, games and apps. With technological advances and improvements in user experience, VR will become more ubiquitous in industries such as healthcare, automotive, education, manufacturing, retail, design, aerospace and defense, and entertainment.

”The incorporation of biosensory technology, speech recognition, movement mapping and space perception in VR will give a significant boost to posture and gesture recognition. Such technologies will increase the adoption rate of VR, especially in healthcare, in the areas of virtual surgery, immersive therapy and dentistry. Due to the widening scope of its application, VR as a Service will be an important business model in the future.”

Future Applications of Virtual Reality (Immersive Computing), part of Frost & Sullivan’s TechVision Growth Partnership Service program, finds that the global VR hardware and software market is expected to grow from $1.37 billion in 2015 to $33.90 billion by 2022, at a compound annual growth rate (CAGR) of 57.8 percent between 2016 and 2022.