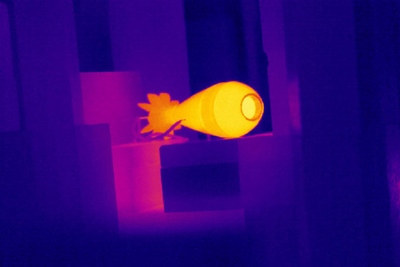 Laser weapon researchers at the UK’s Defence Science and Technology Laboratory (DSTL) say that their developmental system is already able to destroy a mortar bomb, with a full demonstrator anticipated just two years from now.

In a video (see below) posted by DSTL on the UK government’s web site, the laser weapon is shown melting a hole in the thick metal casing of a static 82 mm mortar bomb in “just seconds”.

Roadmap
According to the team, which expects laser weapons to enter active service in the mid-2020s if their development is successful, they could be used to down hostile drones, detonate fuel tanks, and even cut through the hulls of aircraft, ships, and armored vehicles.

“The goal of the program is to demonstrate a standalone laser directed energy weapon system that is capable of acquiring, tracking and engaging aerial and surface targets at various ranges and in different weather conditions,” reported DSTL.

The early test results come just a couple of months after the UK’s Ministry of Defence (MOD) confirmed that it had awarded the “Dragonfire” development program to a consortium led by the missile systems company MBDA Systems.

MBDA, which is jointly owned by defense firms Airbus Group, BAE Systems, and Leonardo, has already developed demonstrator laser weapons through its MBDA Deutschland subsidiary, with a system said to have shown effective target tracking capability in tests last year.

As long ago as 2012, MBDA Deutschland said it had built a 40 kilowatt laser “gun” based around the combined power of four 10 kilowatt fiber lasers provided by key partner IPG Photonics - with the system able to destroy towed artillery shell "models" from a distance of 2 kilometers.

The Dragonfire project will enable DSTL to advise the MOD on future procurement program requirements and to establish a roadmap to an in-service capability, said the lab.

Ahead of the curve?
Harriet Baldwin, the UK government minister responsible for defense procurement, said in a DSTL statement that the laser weapon would keep the country “ahead of the curve” in weapons technology.

However, the announcement came shortly after US defense contractor Lockheed Martin confirmed that it had completed the design, development and demonstration of a new 60 kW-class laser weapon, with delivery to the US Army’s Huntsville, Alabama, strategic command base expected soon.

The Lockheed laser combines several high-power fiber sources to generate the 60 kilowatt power, with the company saying that it was now sufficiently lightweight, compact and reliable to be deployed on tactical vehicles for defensive applications on land, at sea and in the air.

Crucially, the system operates with an electro-optic efficiency of 43 per cent, helping to minimize the need for additional cooling equipment.

State-of-the-art photonics is critical to the system development. It uses spectral beam combining – with several fiber lasers operating at slightly different wavelengths – to generate the required power, and adaptive optics to ensure that the beam remains sufficiently collimated over long distances and through atmospheric turbulence.

Delivery of the 60 kilowatt laser will mark a significant step up from the 30 kilowatt “ATHENA” system previously shown by the US Army disabling a truck from a one-mile distance.