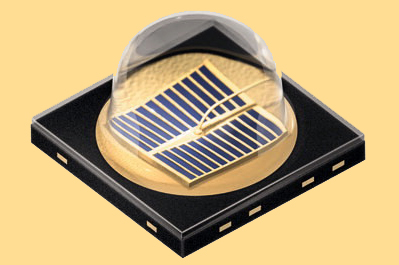 Australian company Organic Response controls large lighting installations, which enables each luminaire to communicate with its immediate neighbors in a constructive network. Communication is based on modulated infrared light signals, which are emitted by high power infrared LEDs from Osram Opto Semiconductors, known as the Osram Olson black SFH 4725S.

Organic Response’s lighting control systems operate wide-area lighting installations with maximum energy efficiency while still maintaining optimal light levels. The key is a distributed intelligence approach, which enables the system to react to the presence of people locally, as well as to those further away. Sensor nodes are integrated into each luminaire.

The sensors consist of a motion sensor, an ambient light sensor and an infrared transmitter/receiver pair. As soon as a sensor detects local occupancy, the luminaire reacts by delivering a preset light level. At the same time, it communicates the occupancy to its neighbors by infrared signal. Subsequently, the neighboring sensor nodes respond by setting their luminaire outputs to a predetermined light level appropriate to an occupant in that vicinity.

They then also simultaneously relay another infrared signal to their own neighbors, informing them there is an occupant two light fittings away. Ultimately, each sensor node senses how close a person is and sets the associated luminaire to an appropriate brightness. In this way, it is not just the spot the person is in that is illuminated, but also adjacent areas. 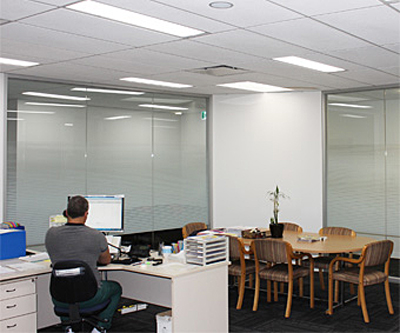 This lighting solution addresses a broad range of applications of different scales and therefore requires high power infrared emitters. The infrared light signal must be set such that it reaches its immediate neighbors, but not more remote units.

Osram's Oslon SFH 4725S provides enough optical power to ensure communication for all possible set ups. The IR LED is based on stack technology, which was developed by Osram to provide a single chip with two emission centers, thereby doubling its output. Driven at 1A, the SFH 4725S yields 990mW of optical power. Its narrow emission angle of ± 45° results in a radiant intensity of 425 mW/sr.