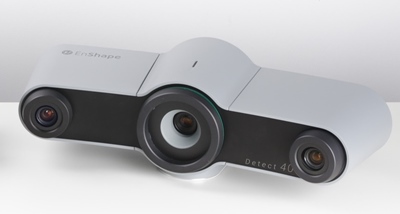 Cognex, the Massachusetts-based machine vision specialist, has posted record-breaking sales and profit in its latest financial quarter, thanks largely to a spike in demand from consumer electronics manufacturers.

In the three months ending September 30, the company saw its pre-tax income double year-on-year to just over $112 million, after sales soared 76 per cent to $260 million.

‘Spectacular’ quarter
Cognex founder Robert Shillman described that performance - the first time the firm has posted quarterly revenues of more than $200 million - as “spectacular”, with the Cognex workforce expanding quickly to meet the increased level of business.

While demand from customers producing consumer electronics goods in Asia was the primary reason for the sales spike, European sales also jumped by more than 25 per cent year-on-year, thanks to deployments across the automotive, logistics, and food and drink sectors.

Although that explosive level of growth will not be maintained through the rest of the year, Cognex CEO Robert Willett said that a strong flow of orders meant that Q4 was still “shaping up nicely”, with quarterly sales expected to come in at around $175 million.

If correct that would translate to full-year sales of around $740 million, compared with the $521 million in 2016 that already represented a new record for the firm.

The recent sales boom is transferring to the bottom-line performance as well, with Shillman labelling the latest quarter - in which Cognex delivered an enviable operating margin of 42 per cent - as “ridiculously profitable”.

The Cognex executives also highlighted good progress in the relatively new area of 3D machine vision, which now accounts for around 5 per cent of company sales.

“We have a sales force that's really very good at applying technically challenging machine vision to all those markets, and we have products that are increasingly advantaged and easy to sell,” CEO Willett told an investor conference call discussing the latest results.

Acquisition progress
Cognex has acquired six smaller companies over the past year or so, including three that specialize in 3D machine vision, and Willett indicated that all those acquisitions are performing well.

“EnShape, Chiaro and AQSense [are] really helping us open up new opportunities in 3D [vision] for Cognex and for the industry,” he said. “And then GVi [is] helping us get into automotive, and Webscan is helping with barcode verification.” 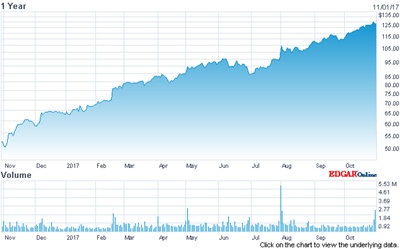 As Cognex continues to pile up cash - its balance sheet now shows close to $800 million in “cash and investments” - more of those smaller-scale deals seem likely in the future, with Willett saying that the company is not interested in growing its footprint just for the sake of additional sales.

• Following the spectacular results, Cognex’ stock price briefly touched an all-time high of $129 before settling back as markets digested the latest guidance.

Closing at just over $123 on the Nasdaq exchange on October 31, the company’s market capitalization has doubled since the start of the year and currently stands at around $10.7 billion.