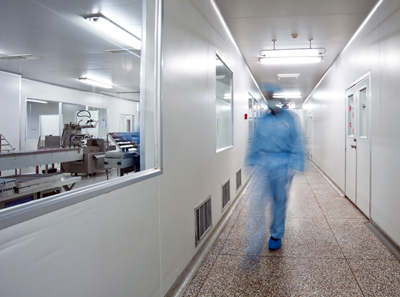 Photonics integrated circuit (PIC) development startup PHIX Photonics Assembly has been awarded €1 million investment led by Dutch regional development agency OostNL. The funding represents the first half of a €2 million total package, which should be completed within the next six months, the company said.

PHIX is a sister company to Lionix International, which has been focused on prototyping the design and engineering, fabrication and production of small volumes of PIC modules. PHIX, in which Lionix International has a significant stake, is developing a facility for automated, high-volume production and packaging of silicon nitride-on-silicon PICs.

The company established its assembly and packaging production line in April 2017 in Enschede, Netherlands, on the Twente University campus. With its operations at the High Tech Factory, PHIX is contributing to the established regional eco-system of design, engineering and development of integrated photonics solutions.

Albert Hasper, Director of PHIX, commented, “With the creation of PHIX in April 2017, we secured access to test, assembly and packaging modules for large volumes. With this first round of investment, led by OostNL, we can accelerate the scaling up of our assembly and packaging processes for PICs to put us at the forefront of PIC assembly in the world”.

He added, “We are pleased that we also have strong support from the province of Overijssel, Innovatiefonds Twente, Saxion Hogeschool, the University of Twente, and the world-class photonics companies such as LioniX International.“

PHIX will also work in close cooperation with the Fraunhofer Project Center on packaging standards for high volume manufacturing of integrated photonics modules and with Phoenix Software on developing the appropriate photonic design kits, dedicated to assembly and packaging, to secure volume scalability and fast time-to-market of novel sensors in datacom, telecom and medical applications.

Hans van den Vlekkert, CEO of Lionix International, initiator and orchestrator of the establishment of PHIX, emphasizes the need for the presence of a strong, regional eco-system, where education, design, manufacturing and volume production are at hand, literally, just a stone’s throw away."

He added, “We have seen accelerated growth of integrated photonics market over the past year, especially for the demand of devices that are based on our low-loss Triplex platform. We have delivered many prototypes to international customers and anticipate that volume demand for the PIC-modules is starting, which requires an efficient organization, such as PHIX, where the infrastructure and production flow are tailored to achieve cost-effective assembly and packaging of PIC modules.”

Paul van Dijk, director of marketing and communications for PHIX, explained the sector that the specialized company is addressing, “The main consideration in the PIC sector is the material of which the PICs are composed. While many players developing silicon photonics systems with silicon waveguides as the transparent medium, at Lionix International we have developed silicon nitride waveguides, which are very low-loss so it’s a different material approach.

"The market for silicon nitride-on-silicon is interesting because this design gives a broader transmission spectrum than silicon alone. So, apart from measurement, we can also offer it for spectrometry in visible light spectrum and in medical and life science applications. Within Lionix International we have seen growth in demand for the products that we have developed. We have more applications and demands in parallel, which leads us to believe that we are in a good position to develop the PHIX company now.”

He added that with the new investment PHIX is planning to recruit new staff in the near future, to grow the team by up to 10 more people in the short term, to work in the 2000 square meter high-tech factory on the university campus.